I am currently with James Boswell in Holland. Since his Dutch journal, continued in the same vein as his London journal, had been lost, this volume comprises his almost daily memoranda; his French ‘themes’, short essays he wrote at the intended rate of two pages a day, to improve his facility in the language; letters to him from friends and family and some of his letters to them; and a substantial section of documents based on his not-quite-love-affair with a young Dutch woman, Isabelle van Tuyll van Serooskerken, generally known as Belle de Zuylen or Zélide, whose first novel had been published the year before Boswell met her. Later, she also produced plays and pamphlets, and wrote music. 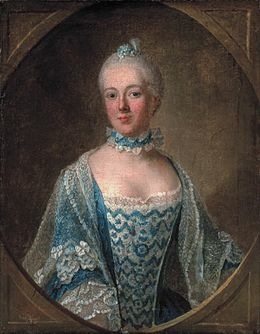 In the words of the editor’s summary, Boswell ‘had resolved that he would reform on the day he left England for Holland. He did. For ten months in Holland he was by heroic effort modest, studious, frugal, reserved, and chaste. And he almost went out of his mind.’[1] Poor Jamie. Certainly, his interest in women did not diminish. He wrote in a letter to Charles de Guiffardière: ‘There are so many beautiful and amiable ladies in our circle that a quire of paper could not contain their praises, though written by a man of a much cooler fancy and a much smaller handwriting than myself’ (91).

Labouring to stay on the paths of righteousness, sobriety, godliness and celibacy, he repeatedly addresses stern memoranda to himself: ‘Guard against liking billiards. They are blackguard’ (21), ‘Write French before ten each morning, and lay out hours exactly. Spend not so much time in sauntering. Be firm to be always employed’ (37). Sometimes he admonishes himself for slight lapses: ‘But remember how near you was to getting drunk and exposing yourself, for if you had gone on a little longer, you could not have stopped’ (66), ‘Yesterday you did not at all keep to rules as you ought to do’ (55). And sometimes he congratulates himself—‘Yesterday you did extremely well’ (65).

My departures from Boswell involve revisiting the tales of Isak Dinesen or Algernon Blackwood; or, particularly, travelling with the biographer and translator Richard Holmes. He is currently in the France of his youth, rubbing shoulders with the pioneer photographer and balloonist Nadar (Gaspard-Félix Tournachon), the theatrical phenomenon Jean-Gaspard Deburau; and the writers Théophile Gautier and Gérard de Nerval.

Gérard de Nerval (born on this day, 22nd May, in 1806; he died—a suicide—in 1855) is still generally known to Anglophone readers, when known at all, as the man who walked a lobster on a blue silk ribbon through the gardens of the Palais Royal.[2] The other detail familiar to some readers is that T. S. Eliot quotes a line from Nerval’s sonnet, ‘El Desdichado’—‘Le prince d’Aquitaine à la tour abolie’—in The Waste Land.[3]

The source of the lobster story appears to have been Nerval’s friend Théophile Gautier, to whom Nerval defended his choice of companion by asking why it was any more ridiculous than walking a dog or a cat—‘or a gazelle, or a lion, or any other animal that one chooses to take for a walk?’ He added: ‘I have a liking for lobsters. They are peaceful, serious creatures. They know the secrets of the sea’.[4]

When I read this, I thought of Eliot’s earlier poem, ‘The Love Song of J. Alfred Prufrock’:

I should have been a pair of ragged claws
Scuttling across the floors of silent seas.

The tremendously thorough annotations of the 2015 The Poems of T. S. Eliot mention, in connection with these lines, Charles Darwin’s The Descent of Man (and much else)[5] but I did wonder when Eliot became aware of Gérard de Nerval.

In December 1908, Eliot picked up the ‘newly published second edition of Arthur Symons’s The Symbolist Movement in Literature’ in the Harvard Union library’ and, as a result of his reading of this book, immediately ordered the three volume edition of Jules Laforgue’s Oeuvres complètes.[6] The influence of Laforgue on Eliot’s early work is well-documented but, interestingly, in this second edition of Symons’ book, which differs a good deal from the first, the opening chapter is on Gérard de Nerval (that on Laforgue is the fifth; and Gautier is now mentioned only in the chapter on Nerval). Symons refers to the occasion on which Nerval ‘was found in the Palais-Royal, leading a lobster at the end of a blue ribbon (because, he said, it does not bark, and knows the secrets of the sea)’.[7]

Nerval had developed an obsessive love for an actress called Jenny Colon, who died in 1842. Shortly afterwards, he set off on his travels to Egypt, Lebanon and Turkey, returning to Paris in 1844: his Journey to the Orient appeared two years later. Following his first major breakdown in 1841, he suffered from mental health problems and periods of hospitalisation for the rest of his short life. In a letter of 1915, Symons mentioned that he had purchased an autograph letter of Jenny Colon—he compared Nerval’s breakdown to his own in 1908.[8]

‘Everything is alive, everything is in motion, everything corresponds; the magnetic rays that emanate from me or from others flow directly through the infinite chain of creation whose transparent network is in continuous communication with the planets and the stars. A captive here on earth for the moment, I commune with the chorus of stars and they join in my sorrows and joys.’[9]

[2] See Richard Holmes, Footsteps: Adventures of a Romantic Biographer (London: Hodder and Stoughton, 1985), 212-213, where he suggests that the story is ‘perhaps apocryphal’; see also the script of his radio play, ‘Inside the Tower’, based on the life of Nerval (‘All Nerval’s speeches are drawn from his own essays, letters and journals’), in  Sidetracks: Explorations of a Romantic Biographer (London: Harper Collins, 2000), 89-131 (105-106).

[3] The Waste Land, ll.429. For the text of the poem accompanied by a prose translation, see Gérard de Nerval, Selected Writings, translated with an introduction by Richard Sieburth (London: Penguin Books, 1999), 363.