On 24 June 1914, a train drew up at a country station on the main Great Western Railway line which ran from London to Oxford, Worcester and Malvern (the station finally closed in 1966, a victim of the Beeching report, more suitably termed ‘the Beeching axe’, which brought about the closure of a great many railways and the loss of local services on a huge scale). Among the passengers were Edward Thomas and his wife Helen, on their way to visit Robert Frost and his wife Elinor in Ledbury.

Thomas wrote in his field notebook for that day: ‘Then we stopped at Adlestrop, through the willows could be heard a chain of blackbirds songs at 12.45 and one thrush and no man seen, only a hiss of engine letting off steam.’

When the poem was written around six months later, he commented in a later notebook: ‘Train stopping outside station at Adlestrop June 1914.’[1] A memory refreshed.

Yes. I remember Adlestrop –
The name, because one afternoon
Of heat the express-train drew up there
Unwontedly. It was late June.[2]

Four stanzas; four lines in each, rhyming abcb. This must be one of the most familiar poems in English, certainly among British readers. Voted number twenty in one survey I saw, it emerged as joint third in the most-requested poems on Radio 4’s Poetry Please programme over some thirty-five years, beside Dylan Thomas’s ‘Fern Hill’ and behind Robert Frost’s ‘Stopping by Woods on a Snowy Evening’ and Elizabeth Barrett Browning’s sonnet, ‘How Do I Love Thee? Let Me Count the Ways’.

The first stanza of ‘Adlestrop’ strikes me as a delicious example of lines that you’ve looked at a dozen times and never really seen. It begins with ‘Yes.’ A question has been asked but it’s one we don’t hear. Does the poet interrogate himself or is it an unseen and unidentified interlocutor or is the reader the implied questioner? And then: the speaker remembers Adlestrop but not, apparently, the place; only the name. He remembers, in fact, the sign, ‘Adlestrop’ because the express train drew up there ‘unwontedly’. That last word was, in an earlier draft, ‘unexpectedly’; at another stage, ‘Against the custom’ or ‘against its custom’.[3] William Cooke links the close of the poem with a passage in a prose work by Thomas, Beautiful Wales, published ten years earlier.[4] Jean Moorcroft Wilson sees the ‘germ’ of the poem in the first chapter of The Heart of England (1906).[5] Thomas ‘conflated details from different stops’.[6] Does it matter? Frankly, no. The abiding mystery is: how does it work? This short, apparently simple poem, composed of unremarkable language, no striking rhymes, that clings to the memory like a burr. How is it done? It’s a question asked, of course, of all effective art. One item of interest is precisely that ‘unwontedly’: ‘exactly the word he wanted’, Matthew Hollis remarks.[7] Yes. I had thought, vaguely, that it meant ‘unwillingly’, against one’s instincts or inclinations but ‘unwonted’ means only unaccustomed or unusual. The train drawing up there ‘unwontedly’ was something distinctive, marking the occasion out. He ‘emphasizes the unusual nature of the stop, which in turn creates a slight sense of unease.’[8] 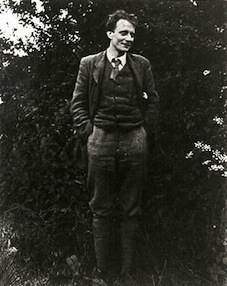 I noted earlier that the poem begins with ‘Yes’. But, in fact, like Pound’s ‘In a Station of the Metro’ or several poems by Marianne Moore, it begins quite definitely with the title. ‘Adlestrop’. The name occurs three times: title, opening line and eighth line (‘Adlestrop – only the name’). Thomas ‘wrings from the name “Adlestrop”, by suspending it at the line-end, a series of unspoken associations with ideal rural communities.’ But ‘when he returns halfway through the poem to repeat that “What I saw / Was Adlestrop – only the name”, it is a signal for those associations to accelerate away from his reach.’[9] Ideal rural communities? Another critic suggests that, in the poem, ‘a scene glimpsed in a brief moment from a stationary train seems to open upon an ever-widening prospect of England’s central counties. These are common sights of the English countryside, but the moment is visionary’. It is, he adds, ‘an ideal England mirrored in the stillness and solitude of the poet’s mind’.[10] Elsewhere, it’s described as ‘the definitive English idyll.’[11]

Only a poem of permanent interest and value could, I suppose, generate such a wealth of interpretation and exegesis. The apparent simplicity is, of course, central to the challenge that so many readers find there. But one thing that strikes me and that seems often to be  absent from discussions of the poem is that, while, in June 1914, this country was not at war with Germany, in January 1915 it was. Thomas enlisted in July 1915, after an intense struggle, influenced to some extent by Robert Frost’s poem, ‘The Road Not Taken’, itself prompted in part by Frost’s experience of Thomas’s indecisiveness.[12] And if ‘Adlestrop’ was ‘an idyll’ or concerned to present ‘an ideal England’, it was in direct and active response to the forces that threatened it. Asked what it was that he was fighting for, Thomas famously ‘picked up a pinch of earth and answered: “Literally, for this”’.[13] 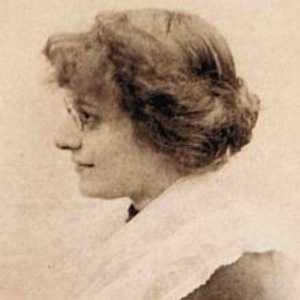 So Ford Madox Ford’s persona, the poet Gringoire, voices similar concerns in No Enemy: ‘“I wonder,” Gringoire asked again that evening, “if other people had, like myself, that feeling that what one feared for was the land – not the people but the menaced earth with its familiar aspect.”’[14] In her notes to another Thomas poem, ‘The Manor Farm’, Edna Longley quotes Thomas’s essay ‘England’: ‘I believe . . . that all ideas of England are developed, spun out, from such a centre into something large or infinite, solid or aëry . . . that England is a system of vast circumferences circling round the minute neighbouring points of home’.[15] This is a conviction—a crucial one—that crops up in many literary contexts: that the national or universal, the abstract, the grandiose, must begin from the local, the concrete, the known.

That fifth line, ‘The steam hissed. Someone cleared his throat’, may conjure memories of the climactic scene of the film of The Railway Children, whereby Jenny Agutter reduced grown men to tears, but given our wealth of retrospective images, I think also of battlefields wreathed in smoke or mist, poor visibility, an image real enough but itself a metaphor for the blindness or at least uncertain vision of those directing, prosecuting and suffering the Great War.

And for that minute a blackbird sang
Close by, and round hum, mistier,
Farther and farther, all the birds
Of Oxfordshire and Gloucestershire.

[2] Thomas, The Annotated Collected Poems, 51. This was one of sixteen poems that Thomas wrote between 4 January and 23 January 1915: Jean Moorcroft Wilson, Edward Thomas: From Adlestrop to Arras (London: Bloomsbury, 2015), 310.