This week’s Times Literary Supplement reprinted a 1985 review of Deep into Mani: Journey to the southern tip of Greece by Peter Greenhalgh and Edward Eliopoulos. The reviewer was Patrick Leigh Fermor, whose evident delight in the book was based on an intimate knowledge of the region described and the existing literature about it (his own Mani had appeared almost thirty years before). He was, then, in his accustomed context. A slightly less familiar one is as translator on the title page of Julie de Carneilhan and Chance Acquaintances by Colette, two novellas written and published during the Nazi occupation of France, which appeared in English in 1952. He ‘usually enjoyed her writing but having to correct the proofs in a rush soured him for Colette.’ Still, the money was useful.[1] 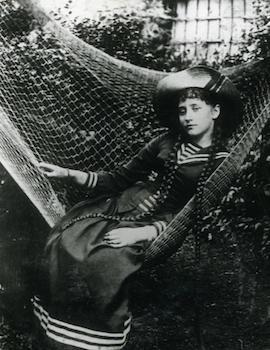 Novelist, autobiographer, journalist and short-story writer (and actress and dancer) Colette was born Sidonie-Gabrielle Colette on 28 January 1873, in Saint-Sauveur-en-Puisaye, a village in Burgundy. ‘To those who live in the country and use their eyes everything becomes alike miraculous and simple.’[2] She was allowed, she remembered, to go out at 3.30 in the morning, walking towards the kitchen-gardens. ‘I went alone, for there were no dangers in that free-thinking countryside. It was on that road and at that hour that I first became aware of my own self, experienced an inexpressible state of grace, and felt one with the first breath of air that stirred, the first bird, and the sun so newly born that it still looked not quite round.’[3] As a teenager, she wanted to be a doctor, ‘an ambition all the more extraordinary’ since there were only seven woman doctors in the whole of France at that time.[4]

Famously, Colette’s earliest books were credited to Henri Gauthier-Villars, ‘Willy’, whom she had married when she was 20 (he was fifteen years older): his part in them seems, rather, to have been that of editing, suggesting and prompting. Colette left him in 1906 and worked as a music-hall performer to earn a living. For many years, she was involved with the stage, with literary journals, with music.

‘The opening, last night, was epic. The orchestra conductor, as we saw too late, was not an orchestra conductor but a wine merchant. Musically, the evening was a disaster, for the other numbers as well as our own. Backstage everyone was howling, and the audience booed the conductor. It was stunning!’[5]

She published nearly eighty volumes, which is one point of affinity with another writer whose birth year she shared, Ford Madox Ford—there are perhaps two others: a deep love of France and a complex, mutable relationship between fiction and autobiography.

A wonderfully sensuous writer, she powerfully evokes her early years, her relationship with her mother, her schooldays, the smells, sights and sounds not only of her childhood and girlhood but also of the Paris and Provence of her adult life. She was a mass of contradictions but had a wonderful eye for detail, an ear for tone and feeling, a fiercely intimate relationship with the physical world. ‘We do not look, we never look enough, never attentively enough, never excitedly enough.’[6] 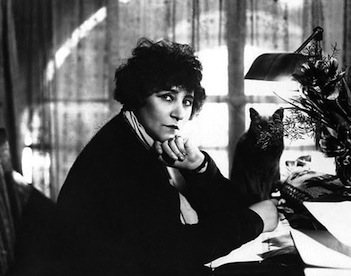 Some of her remarks about the South ultimately conquering its conquerors recall similar statements from Ford and Joseph Roth: ‘The barbarians from the north parcel out the land, speculate and deforest, and that is certainly a great pity. But during the course of the centuries how many ravishers have not fallen in love with such a captive? They arrive plotting to ruin her, stop suddenly and listen to her breathing in her sleep, and then, turning silent and respectful, they softly shut the gate in the fence.’[7] She wrote lyrically too about Brittany: ‘I wish you could see Rozven, with its cove of green sea, its complicated rocks, the little woods, the old and new trees, the warm terrace, the rosebushes, my yellow room, and the beach to which the tides bring treasures—mauve coral, polished shells, and sometimes casks of whale oil or benzine, from far-off shipwrecks. And I have a rocky perch, between the sky and the sea . . . ’[8]

Colette’s father, Le Capitaine (Jules-Joseph Colette), died in 1905. He was an ex-captain of the select Zouave infantry, born in Toulon and trained at Saint-Cyr, and had lost his left leg in Italy in 1859. She recalled the row of volumes well-bound in boards, covered in marble paper, on the highest shelves of the family library. The titles, handwritten in Gothic lettering, were, she remarked, not tempting: My Campaigns, The Lessons of ’70, Elegant Algebra, Zouave Songs and others. After the Captain’s death, Colette’s brother went through those books. ‘The dozen volumes bound in boards revealed to us their secret, a secret so long disdained by us, accessible though it was. Two hundred, three hundred, one hundred and fifty pages to a volume: beautiful, cream-laid paper, or thick “foolscap” carefully trimmed, hundreds and hundreds of blank pages. Imaginary works, the mirage of a writer’s career.’[9]

She was divorced from Willy in 1910 and her beloved, maddening mother died two years later. Colette’s daughter Bel-Gazou was born in 1913. the year after her second marriage to Henry de Jouvenel. In the first winter of the war, she managed to get through the lines and join Henri at Verdun.[10] She wrote extensively about that war (and the next one): her reports for Le Matin were later collected as Les Heures Longues, sections of which are translated in Earthly Paradise.

Admired by Edith Wharton, Cocteau, André Gide, W. H. Auden, Somerset Maugham, she crops up constantly in the literary history of the first half of the twentieth-century. In 1921, she writes to Marcel Proust in response to his sending her an inscribed copy, ‘If I were to tell you that I burrow in its pages every night before going to sleep, you would think I was merely offering you a hollow compliment. But the fact is, Jouvenel gets into bed every night to find me, your book, and my glasses. “I am jealous but resigned,” he says.’[11] As editor, in the office of Le Matin, she advises Georges Simenon to ‘Suppress all the literature and it will work’.[12] In November 1952, when François Mauriac wins the Nobel Prize for Literature, ‘one of the first things he did was to call on Colette, who should have had it, he felt, in his place.’[13]

Chéri and The Last of Chéri, Break of Day, The Vagabond, the other more frankly autobiographical volumes, the stories, the letters: there’s a great deal of pleasure to be had; with the added attraction that she often makes me laugh.

‘It’s curious that the hat which is too small creates an impression of lunacy much more than does the hat that is too large. A lunatic hardly ever puts on his head a hat which is too big. He readily covers himself with a bottle-top, an empty matchbox, a child’s boat turned upside-down, a jampot.’[14]

A jampot is tempting but I’m currently opting for the bottle-top.