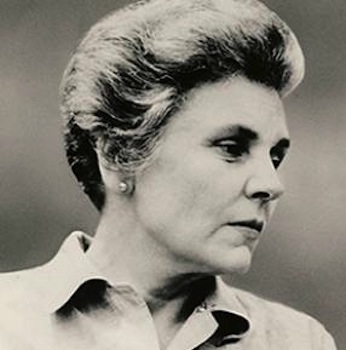 On Wednesday afternoon, 5 September 1929, the eighteen-year-old Elizabeth Bishop was writing to Frani Blough, whom she’d met at the Walnut Hill boarding school in Massachusetts: they became lifelong friends. Bishop was, she said, halfway through Cymbeline: ‘I had no idea it was so good—I never thought of Shakespeare except in terms of Macbeth and Hamlet, but don’t you like this?’ And she quoted:

Fear no more the heat o’ the sun,
Nor the furious winter’s rages;
Thou thy worldly task hast done,
Home art gone, and ta’en thy wages:
Golden lads and girls all must,
As chimney-sweepers, come to dust.[1]

Don’t you like this? Yes, we do. We also like the passage in Hugh Kenner’s The Pound Era, discussing those lines. ‘“Golden,” magical word, irradiates the stanza so that we barely think to ask how Shakespeare may have found it.’ Kenner thinks to ask – or rather, puts to good use what a friend has passed on to him: ‘Yet a good guess at how he found it is feasible, for in the mid-20th century a visitor to Shakespeare’s Warwickshire met a countryman blowing the grey head off a dandelion: “We call these golden boys chimney-sweepers when they go to seed.”’[2]

But yes, ‘golden’, certainly a word magical enough to fascinate and gravitate to many title pages. Before Penelope Fitzgerald’s The Golden Child, David Garnett’s The Golden Echo or Carson McCullers’ Reflections in a Golden Eye, Kenneth Grahame wrote The Golden Age, a phrase that would later resound in Raymond Williams’ The Country and the City as he explored the ‘myth’ of the golden age, pointing out that, as early as Hesiod, ‘at the beginning of country literature, it is already far in the past.’ He sees the ‘escalator of golden ages’ always moving backwards in time, always receding.[3] Every generation, in fact, or a proportion of it, looks back to that supposed idyllic period. 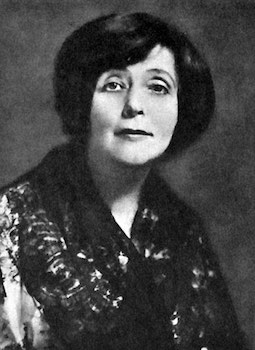 Then, as Ronald Blythe recalls, ‘One of the first night-clubs was opened in 1913 by Strindberg’s second wife, a beautiful ex-actress with a Viennese reputation. It was called the Cave of the Golden Calf and Epstein and Wyndham Lewis decorated its walls and columns. It was haunted by artists, the demi-monde, and guardsmen who went there, so they said, to listen to the accordions of Galician gypsies and hear Lilian Shelly singing “Popsie-wopsie”.’[4]

‘Popsie-wopsie’? It seems so, though I’ve seen it mentioned as ‘My Little Popsy-Wopsy’. She was born in Bristol and apparently posed for both Jacob Epstein and Augustus John.

Eric Gill carved a bas-relief of the golden calf – obviously the central motif – which was hung up beside the entrance (and reproduced on membership cards) ‘and finally carved in three dimensions in Hoptonwood stone and erected on a pedestal’. Madame Strindberg being unable to pay for it, Gill then lent it to Roger Fry for the second Post-Impressionist show at the Grafton Gallery.[5]

And then: The Golden Bowl by Mr Henry James. Writing to his aunt Laura from Alexandria in 1916, E. M. Forster wrote: ‘Work here is quieter again, which leaves me time for reading, and while you were at H. J.’s Portrait of a Lady I was tackling his latter and tougher end in the person of What Maisie Knew. I haven’t quite got through her yet, but I think I shall: she is my very limit—beyond her lies The Golden Bowl, The Ambassadors and similar impossibles. I don’t think James could have helped his later manner—is a natural development, not a pose. All that one can understand of him seems so genuine, that what one can’t understand is likely to be genuine also.’[6] A careful cloud of unknowing.

Three years later, in John Buchan’s Mr Standfast, the chapter entitled ‘‘I take the Wings of a Dove’ includes the phrase ‘golden bowl’.[7] But my favourite recent reference is in Michael Ondaatje’s fine novel Warlight (‘The Moth’ is a name conferred by the narrator and his sister): ‘One night when Rachel had been unable to sleep, he pulled a book called The Golden Bowl from my mother’s shelf and began reading to us. The manner of the paragraphs, as the sentences strolled a maze-like path towards evaporation was, to the two of us, similar to The Moth’s when he was being drunkenly magisterial. It was as if language had been separated from his body in a courteous way.’[8]