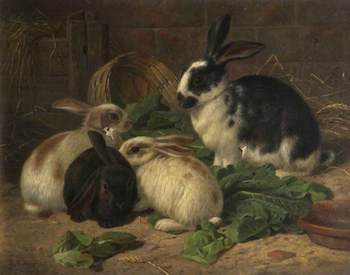 Glancing over the titles I’d borrowed from the university library—on my infrequent visits, I tend to range widely and sometimes incoherently—I was struck by a quite unintended recurrence: Four archetypes, The fourth imagist, The letters of D. H. Lawrence: Volume 4, W. H. Auden’s Prose: Volume 4, 1956-1962. Four fours. (There was, in fact, a trickster: a fifth title, by Patrick White, although—fittingly enough—it was called Three uneasy pieces).

Four-square. The sign of four. In August 1889, less than two years after the debut of Sherlock Holmes in A Study in Scarlet, Arthur Conan Doyle had dinner at the Langham Hotel with Joseph Marshall Stoddart, the editor of Lippincott’s Monthly Magazine, Thomas Patrick Gill, former editor and M.P—and friend of Charles Stuart Parnell—and Oscar Wilde. The dinner resulted in two short novels appearing in Lippincott’s: Wilde’s The Picture of Dorian Gray and Conan Doyle’s The Sign of Four (its magazine title added a second definite article: ‘The Sign of the Four; or, The Problem of the Sholtos’). 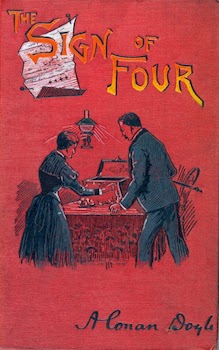 The story begins with the famous scene of Holmes injecting himself with cocaine (‘a seven-per-cent solution’)—and ends with him reaching up for the cocaine-bottle—touches on Watson’s publication of A Study in Scarlet and Holmes’s own published works (on types of tobacco ash, the tracing of footsteps, the influence of a trade upon the form of a hand), demonstrates the difference between observation and deduction, and introduces the Baker Street Irregulars, the tracker dog Toby and the woman who will become Watson’s wife, Miss Mary Morstan (‘I have never looked upon a face which gave a clearer promise of a refined and sensitive nature’, the doctor decides). All this as well as tales of the Indian Mutiny and a narrative excursion to the Andaman Islands. Conan Doyle also acknowledged the part played by the Langham Hotel: it is from here that Captain Morstan has so mysteriously disappeared.[1]

The Earth may be round but much of it’s quadriform –‘the four corners of the earth’ is familiar enough. Four elements, four seasons (for some of us); also dimensions, estates and (coming up fast on the inside) horsemen of the apocalypse. Franklin D. Roosevelt proposed four fundamental freedoms, though Harry Truman fooled around with them, replacing freedom from want and freedom from fear with ‘a promise of “freedom of enterprise”.’[2] According to Fernand Braudel, the world population doubled in four centuries (the fifteenth to the eighteenth); it does so now in more like four decades.[3] Ovid had described four ages of man; Thomas Love Peacock wrote of four ages of poetry: iron, gold, silver and brass. Modern poetry too had its ages and ‘that egregious confraternity of rhymesters’—the Lake Poets, primarily Wordsworth, Coleridge and Southey—were guilty of ‘conjuring up a herd of desperate imitators’, who had in turn ‘brought the age of brass prematurely to its dotage’.[4] 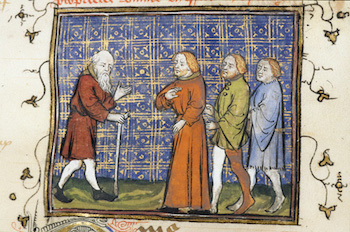 ‘The grand object of travelling’, Samuel Johnson declared, ‘is to see the shores of the Mediterranean. On those shores were the four great Empires of the world; the Assyrian, the Persian, the Grecian, and the Roman.—All our religion, almost all our law, almost all our arts, almost all that sets us above savages, has come to us from the shores of the Mediterranean.’[5] Other fours that spring or schlep to mind include Ronald Duncan, ‘I have always needed the assistance of at least four women—and thought they were happy if they were too busy to complain’,[6] and Hugh Kenner’s discussion of Ezra Pound mulling over the opening of the Cantos, pondering ‘a chord that should comprise four of history’s beginnings: the earliest English (“Seafarer” rhythms and diction), the earliest Greek (the Nekuia), the beginnings of the 20th-century Vortex, and the origins of the Vortex we call the Renaissance, when once before it had seemed pertinent to reaffirm Homer’s perpetual freshness.’[7] And there is Lawrence Durrell’s epigraph to Justine, the first volume of The Alexandria s Quartet, a quotation from Freud (a letter to Wilhelm Fliess in 1899): ‘I am accustoming myself to the idea of regarding every sexual act as a process in which four persons are involved. We shall have a lot to discuss about that.’ Unsurprisingly, I’d say.

My own record on quartets and tetralogies is distinctly patchy. Brass, wind, string? Not many, a very superficial acquaintance given the range of choice. But Durrell, yes, T. S. Eliot’s Four Quartets and Elena Ferrante’s Neapolitan novels and T. H. White’s The Once and Future King, yes. Updike’s Rabbit books, almost there, Michael Moorcock’s The Cornelius Quartet, ditto, Yukio Mishima’s The Sea of Fertility, a bit. Paul Scott’s Raj Quartet, not at all, pretty close once or twice but never quite seized the moment; and the same goes for L. H. Myers, The Near and the Far.

On the other hand, when we come to Ford Madox Ford’s Parade’s End – I’d say I’m more than covered. ‘Bridge was his only passion; a fortnight every year was what, in his worn-out life, he got of it. On his holiday he rose at ten. At eleven it was: “A four for the Father.” From two to four they walked in the forest. At five it was: “A four for the Father.” [ . . . ] The other four played on solemnly.’

Fordian fours. No Enemy is not part of a tetralogy but the temptation’s there; and, after all, if I were to throw in Ford’s other immediate postwar writings (the ones that remained unpublished), ‘True Love & a G. C. M.’, ‘Mr Croyd’ plus one of the two other typescripts intimately related to it—‘That Same Poor Man’ and ‘The Wheels of the Plough’—I have a foursome.[8]

‘So Gringoire had four landscapes, which represent four moments in four years when, for very short intervals, the strain of the war lifted itself from the mind. They were, those intermissions of the spirit, exactly like gazing through rifts in a mist.’

Bring on those intermissions of the spirit, those rifts in the mist.

[3] Fernand Braudel, Civilization and Capitalism, 15th – 18th Century. Volume I: The Structures of Everyday Life: The Limits of the Possible, translated from the French; revised by Sîan Reynolds (London: Fontana Books 1985), 31.

[8] The apparent confidence with which I list these is, of course, entirely based on the second volume of Max Saunders’ Ford Madox Ford: A Dual Life (Oxford: Oxford University Press, 1996).