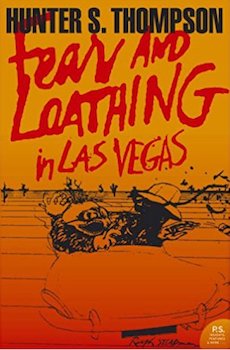 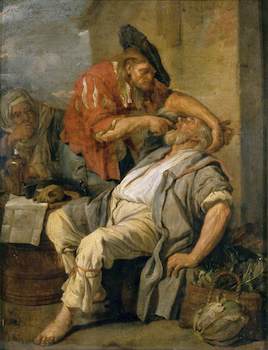 ‘We were somewhere around Barstow on the edge of the desert when the drugs began to take hold. I remember saying something like “I feel a bit lightheaded; maybe you should drive. …” And suddenly there was a terrible roar all around us and the sky was full of what looked like huge bats, all swooping and screeching and diving around the car, which was going about 100 miles an hour with the top down to Las Vegas. And a voice was screaming: “Holy Jesus! What are these goddamn animals?”’

Hunter S. Thompson, Fear and Loathing in Las Vegas, of course. And against this, what? ‘We were somewhere around Bridport when the toothache took hold.’ No. But the pain was real, one hundred per cent genuine pain; I gather that Thompson’s account was, say, seventy-five per cent actual, the rest invention. Still, that particular seventy-five is scary enough.

‘Why don’t you’, the Librarian inquires mildly, ‘just go to the dentist?’ Ah yes. There are subtle undercurrents here. On the phone to the Librarian’s mum, I ask: ‘How’s your tooth?’ ‘Quiet at the moment. How’s yours?’ ‘The same. Are you going to the dentist?’ ‘Do I want to disturb it? Won’t that just stir it up? Are you going?’ ‘Not sure yet.’ Yes. Why don’t you just . . . ?

I fleetingly recall an entry in Francis Kilvert’s diary about a dentist called Gaine and his discovery that a combination of concentrated carbolic acid and arsenious acid ‘will destroy the nerve almost entirely without pain.’[1] So much acid and no pain – almost? It sounds agonisingly unlikely. My recent dental visits have, in fact, been pretty uneventful. But teeth – a serious business. Probably the worst pain I remember is tooth-related: a mere bagatelle, most women would think, familiar as they are with chronic period pains, let alone the pains of childbirth, but I’m not too keen to go through it again.

Teeth bulked large in Ford Madox Ford’s life. In August 1911, he had ‘an awful week of dentistry’ in Paris and came to meet Violet Hunt at the Gare du Nord, ‘toothless and feckless’. He had had ‘four teeth cut one morning without gas. The dentist said he must have a week or ten days rest before beginning the lower jaw.’[2] Five years later, in March 1917, here is Ford’s friend Ezra Pound, writing to Alice Corbin Henderson: ‘Ford has been in hospital. All we know for certain is that his false teeth fell out.?? Ague or shell shock.???’[3]

Pound, teeth and Englishmen. ‘NO englishman is ever sufficiently evolved to stand civility’, he wrote to Wyndham Lewis in March 1939, when some encounter had clearly put him in a major snit. ‘KICK the bastards in the jaw FIRST.’ Commenting on this in the piece he wrote for a 1950 collection of essays assembled by Peter Russell, Lewis recalled it as: ‘There’s only one thing to do with an Englishman—kick him in the teeth’. Lewis explained that it concerned ‘a young English bibliophile’ he had sent to Rapallo’, adding that Pound’s patience ‘must have been sorely tried.’[4] 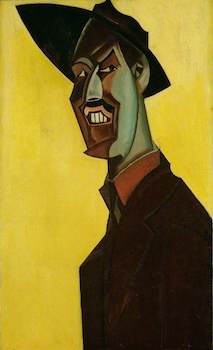 Also tooth-related was ‘one of the great tragedies’ of Ford’s life, which occurred just before the First World War, when Ford was in Germany with the Liberal politician Charles Masterman and his wife. The landlord of the Hotel zur Post in Trêves, as a reward for having brought him ‘a British Excellency’, presented Ford with a bottle of 1813 brandy. ‘In the Mosel there is a stone that is only uncovered in years of great drought – which are years of glorious vintages. On such years they chain a barrel of brandy to that stone. When it is again uncovered they remove the old barrel and chain on a new one. That stone had not been uncovered since 1813. The bottle that the host gave me had been filled from the 1813 barrel.’ During the night, Masterman had toothache. ‘He poured by degrees the whole of that 1813 brandy into his mouth and spat it out again. By ringing the bell he could have procured a bottle of 1913 brandy for one franc fifty.’[5]

But then, as early as the turn of the century, teeth were an issue. When Joseph Conrad and Ford were collaborating on the novel that became The Inheritors and Conrad reluctantly attended to a female character—a part of what he usually termed ‘Ford’s women’—to the extent of granting her ‘good hair, good eyes and some charm’, it was ‘only with difficulty’, Ford recalled, ‘that he was restrained from adding good teeth to the catalogue. “Why not good teeth? Good teeth in a woman are part of her charm. Think of when she laughs. You would not have her not have good teeth. They are a sign of health. Your damn woman has to be healthy, doesn’t she?”’[6] By way of compensation, perhaps, the book does contain a dramatic critic who ‘furtively took a set of false teeth out of his waistcoat pocket; wiped them with a bandanna handkerchief, and inserted them in his mouth.’[7]

‘Do you know what Maupassant said about England?’, Colette wrote to Léopold Marchand in 1921, ‘“Too many toothbrushes and not enough bidets!”’[8] About bidets he was surely right but how many toothbrushes is ‘too many’?