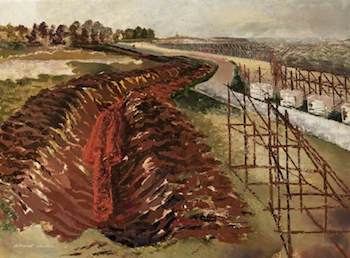 In the last few years of my walking to work every day, it became almost as dangerous as crossing the roads. This was only partly to do with the chronic neglect of paths, pavements and walkways by the local council, financially starved as it was by central government; as much, or more, to do with the traffic on the pavement. Almost hit by heedless kids on scooters one morning, I was then almost hit by their mother, who was cycling briskly along the middle of the pavement. Then I had to avoid a small boy fiddling with some game and blind to the world. I remember thinking that it was hardly surprising if heedless kids raised by heedless adults turn into heedless adults themselves. But why, I wondered, sidestepping another heedless fool fiddling with his music selection, do more of these people not simply tumble into ditches? The answer, of course, is was that we have too few ditches. There is so much . . . material, of various kinds, that could be, that should be, tumbled into ditches. I thought then that one of my first reforms, when the time comes, will be to introduce far more ditches.

Old English, of Germanic origin, I gather, related to dyke and, more broadly, both to the trench and the mound of earth produced by the digging.

It was apparently Lord Curzon, ex-Viceroy of India, ‘surely one of the most brilliantly pompous men in England’, who said: ‘We will die in the last ditch before we give in’, when confronting the Parliament Bill which would lessen the power of the House of Lords. This was in May 1911, at the luncheon table of the splendidly-named Lord Willoughby de Broke, who, George Dangerfield commented in his classic The Strange Death of Liberal England, ‘had quite a gift for writing, thought clearly, and was not more than two hundred years behind his time.’[1] The Conservative party would soon divide into Ditchers and Hedgers, the hardliners who refused any compromise and the realists who believed that accepting some reform might avert or at least delay defeat.

A few years later, the narrator of Violet Hunt’s 1918 novel (with many details of interest for those readers closely acquainted with her lover, Ford Madox Ford) remarks: ‘For I suppose we aristocrats are, literally, in the Last Ditch!’[2] 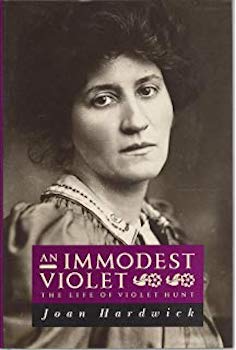 Ditches were on many people’s minds just then, not least those of the survivors of the Western Front. Eric Leed pointed out in his celebrated study No Man’s Land that the soldier was treated ‘as his society customarily treats a corpse – buried, forced to lie immobile in a pit or ditch.’ He is ‘identified with the earth, with pollution and corruption.’ He added that ‘The most unsettling feature of the landscape of war, for many combatants, lay in the constant transgression of those distinctions that preserve both order and cleanliness.’[3]

A hundred years on from the Great War, anyway, ditches are suddenly topical again. Our current Prime Minister, declining to return to Brussels to request an extension beyond 31 October of the United Kingdom’s exiting the European Union, said that he’d ‘rather be dead in a ditch.’ So, somewhere, a ditch is surely being prepared, or furnished or perhaps, as we say far too often these days, curated in readiness for that performance.

[1] George Dangerfield, The Strange Death of Liberal England (London: Constable, 1936), 43, 42. The title of his third chapter is ‘Their Lordships Die in the Dark’.

‘We seem to be running down, everywhere in life, to a final end to all good things.’—Wyndham Lewis, The Demon of Progress in the Arts.