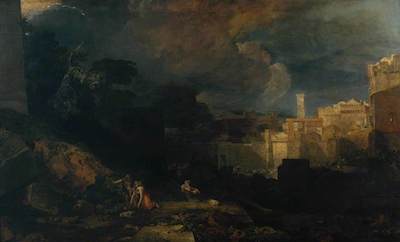 I’ve seen several reading lists of pandemic- or virus-related books lately, some of the titles familiar to me, if not already sitting in the pile on the nearby chest of drawers: Defoe’s Journal of the Plague Year, Boccaccio’s Decameron, a couple of books by John Christopher, Katherine Anne Porter’s ‘Pale Horse, Pale Rider’, written in the 1930s—she herself, hospitalised with Spanish flu in the 1918-19 pandemic, had almost died—and, of course, Camus’ The Plague. They’re ready and waiting just in case I want to read all about it – again.

I haven’t done so yet. I know a lot of people have found it hard to concentrate on reading in the current circumstances. I don’t have that exact problem but I am reading pretty erratically, dipping into things, sampling anthologies, drifting onto other things, attention or stamina flagging too quickly. And, in the course of that grazing, I’ve stumbled over a striking number of instances of plague or reminders of things I’ve come across before.

I did remember that the Black Death ‘came in a ship through the Dorset port of Melcombe Regis’, on 24 June 1348—which seems remarkably precise[1]—and I’d recently come across Llewellyn Powys’ remark, in ‘A Montacute Field’, that my current home, Bristol, ‘was in the fourteenth century the second city of England, and, with the exception perhaps of Norwich, it became more plague-stricken than any other town of the realm.’[2] I also knew that Michel de Montaigne, who began a four-year term as Mayor of Bordeaux in 1581, ‘escaped the plague, which killed nearly half the inhabitants of the city.’[3] 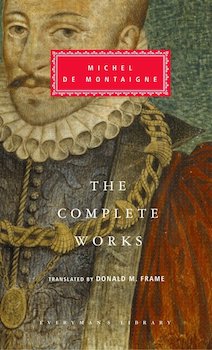 Then, a couple of weeks ago, turning the pages of a history of Tudor England, I found: ‘In 1485 a new and terrifying epidemic had swept through England, and only England. This was the sweating sickness; sudor Anglicus, the “English sweat”.’[4]

The sixteenth century’s sufferings are generally better-known, probably because of Mr Shakespeare in the later part of it. Not that the earlier part was all gas and gingerbread. ‘The years 1527 and 1528’, Alexandra Harris writes, ‘were the wettest anyone could remember, with sodden spring fields jeopardizing crops and breeding illness. The sweating sickness arrived in the summers, apparently unleashed by the warmth; it reached epidemic proportions in 1528, inflicting hellish microclimates on its victims in their final hours.’[5]

‘If not technically endemic,’ Susan Brigden notes, ‘plague was recurrent in Tudor England’.[6] Certainly, in Maggie O’Farrell’s new novel, Hamnet, plague is tragically central to the family of a literary man working in the London playhouses while they remain in Stratford-on-Avon. ‘For the pestilence to reach Warwickshire, England, in the summer of 1596, two events need to occur in the lives of two separate people, and then these people need to meet.’[7]  They did. They do.

But I’ve also been dipping into an anthology of English ghost stories – and here was Arthur Gray, in ‘The True History of Anthony Ffryar’: ‘The summer of 1551 was a sad time in Cambridge. It was marked by a more than usually fatal outbreak of the epidemic called “the sweat”, when, as Fuller says, “patients ended or mended in twenty-four hours.”’ A little further on and Edith Wharton’s ‘Mr Jones’ has a plaque appended to a sarcophagus in a country chapel, ‘“Born on May 1st, 1790, perished of the plague at Aleppo in 1828.”’[8]

One more: R. H. Mottram’s Geoffrey Skene who, arriving at Dunkirk, ‘enquired for Uncle. It took him all the afternoon. By accident he heard that he was in that Canadian hospital on the dunes where hundreds lay, stricken by influenza, while they waited for the boat to take them home.’[9]

If the virus is everywhere in the world now, viruses have been just about everywhere in literature too, an element in a great many people’s history and in many writers’ real and imagined nightmares. As the current English government eases the lockdown—very prematurely, in many people’s view—I notice this in Samuel Pepys’ diary: ‘Then comes Mr Caesar, my boy’s lute-master, whom I have not seen since the plague before, but he hath been in Westminster all this while very well – and tells me how, in the heighth of it, how bold people there were to go in sport to one another’s burials. And in spite to well people, would breathe in the faces (out of their windows) of well people going by.’[10] Something unpleasantly familiar there.

So end with Flannery O’Connor, writing to Elizabeth Bishop, 1 June 1958.’We went to Europe and I lived through it but my capacity for staying at home has now been perfected, sealed & is going to last me the rest of my life.’[11]

You may be on to something there, Ms O’Connor.