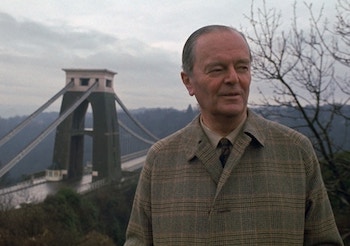 One hundred years ago today, The New Age, under the editorship of A. R. Orage—he preferred a French pronunciation, though his family pronounced it ‘Orridge’ and Violet Hunt said his real name was ‘“Horridge” from Liverpool’—published the third instalment of Ezra Pound’s ‘The Revolt of Intelligence’. ‘The more I see of nations the more I loathe them’, Pound wrote, ‘the more I learn of civilisation the more I desire that it exist and that such scraps of it as we have should be preserved for us and for our successors.’ And he added: ‘I do not expect the electorate either in England or America to begin instanter the quest of quality in their chosen representatives.’[1]

Civilisation. The state of being civilised, my dictionary says, helpfully. Culture; cultural condition or complex. And civilise? To reclaim from barbarism; to instruct in arts and refinements.

Kenneth Clark’s series of that name ran for thirteen episodes, fifty years ago. Critics now would focus on its perceived shortcomings: too male, too pale, too European and so on but it was extraordinarily successful and influential in its time. The buildings, the statues, the paintings, a rich, assured historical panorama. Solid?

‘“You think that a wall as solid as the earth separates civilisation from barbarism’, Lumley says in John Buchan’s The Power-House. ‘“I tell you the division is a thread, a sheet of glass. A touch here, a push there, and you bring back the reign of Saturn.”’[2]

A touch and a push. It’s always been easier to lay waste to things than to build them: every child with toy bricks to play with learns that pretty early. ‘All civilisation has proceeded from cities and cenacles’, Pound wrote. Cenacle: a group or coterie, sometimes applied to the room in which the Last Supper was held. Not a big crowd, for sure.[3] In a 1967 letter to Hugh Kenner from his home in Lexington, Kentucky, Davenport reported a conversation with the classical scholar, Donald Carne-Ross: ‘He calculates civilization as being able to sustain itself among eight people as a minimum. You have to count cats to get a quorum at this outpost.’[4]

With his customary scepticism, the poet and playwright (and farmer and pacifist) Ronald Duncan once wrote: ‘The assiduous cultivation of kitchen-gardens is the only realistic alternative to the singing of Rule Britannia. We cannot have it both ways. Civilisation may have followed the trade-routes, but so did syphilis.’[5]

There is, to be sure, endless room for argument about shades of meaning here, some of them very familiar and longstanding: ‘civilised’, ‘culture’, ‘barbarism’, ‘arts’, though they tend to be largely unexamined by some of the very people up to their necks in the stuff.

Looking back to the 1930s, Sarah Churchwell cites articles by the journalist Dorothy Thompson when she writes: ‘Hitler came to power “largely because so-called civilized people did not believe that he could”, Thompson warned [Saturday Evening Post, May and June 1933]. The problem was that they complacently assumed that their idea of civilisation was “greatly cherished by all men”, who agreed that their culture, a “complex of prejudices, standards and ideas”, had been “accumulated at the cost of great sacrifice” over centuries.
‘Instead, the intellectual elite needed to understand that “this culture is, actually, to the vast masses no treasure at all, but a burden”. And if economic conditions deteriorated, leaving those people resentful, “hungry and idle”, they would only view such “civilizations as a restraining, impeding force”.
‘At which point, they would identify smashing the system as freedom.’[6]

I set out to cheer myself up and look what happens.