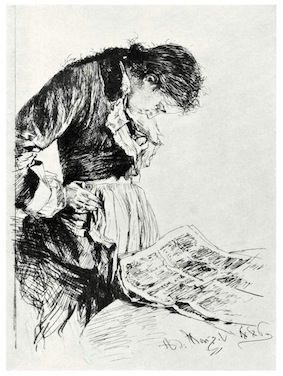 Three days to the General Election. The true state of the parties is curiously opaque, though the current movement in the polls is reflected in the increasingly hysterical headlines in the Tory newspapers. (It’s been a marked feature of the past few weeks that the Conservatives have concentrated almost entirely on negative campaigning, using primarily personal attacks on Jeremy Corbyn.)

There are still, it seems, great numbers of voters undecided or switching from one side to the other. Such fickleness is baffling to those who’ve long ago made up their mind. There have been elections in the past where there seemed—not nothing to choose between the parties but certainly not enough—though it’s not true of this one. The futures envisaged on either side are radically different. A lot of it’s to do with the EU referendum, no doubt. Political allegiance in the United Kingdom may still be tribal but not in the old ways: the divisions are different, sharper, fiercer, more extreme.

The choice now seems quite clearly to be between a vote for an imagined past—or one for a possible positive future.