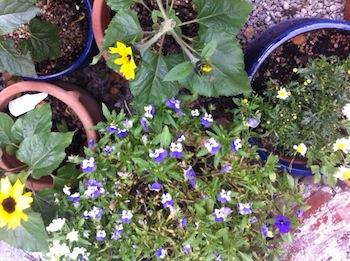 We are cultivating our garden—at least, my wife is. Watering, deadheading, repotting, composting. A small space, containing less than a dozen pots. Nevertheless, whether window-box or rolling acres, a garden is, both practically and symbolically, an almost inexhaustible resource. 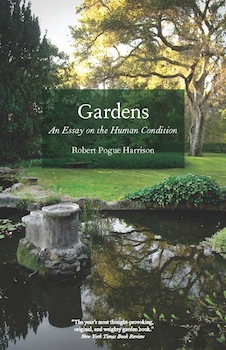 ‘When Voltaire ends Candide with the famous declaration “Il faut cultiver notre jardin,” the garden in question must be viewed against the background of the wars, pestilence, and natural disasters evoked by the novel’, Robert Pogue Harrison writes. ‘The emphasis on cultivation is essential. It is because we are thrown into history that we must cultivate our garden.’[1]

Indeed. It’s striking that two of the most interesting museums in London, the Garden Museum and the Imperial War Museum, are physically so close, a very manageable walk apart. 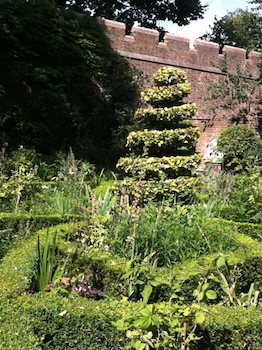 Harrison’s book is an examination of the many ways gardens evoke the human condition, from the ancient world to the homeless people in contemporary New York. Throughout history, the garden has served as a check against the destruction and losses of history. In  the ancient world, gardens were associated with self-cultivation and self-improvement, both essential to serenity and enlightenment, and the association has endured.

Meanwhile the mind, from pleasure less,
Withdraws into its happiness;
The mind, that ocean where each kind
Does straight its own resemblance find,
Yet it creates, transcending these,
Far other worlds, and other seas;
Annihilating all that’s made
To a green thought in a green shade.[2]

The garden can be read and understood as this tiny, immediate space—and also as the city, the nation, the planet we inhabit. From the tiny to the immense and back again. That Latin root, colere, means both to till (to tend, to care for) and to worship. ‘Cultivate’ and ‘culture’ are not merely neighbouring words in the dictionary: to civilise. Civis, citizen. Caring for the citizens—all of them, not just a carefully selected few.

Edward Fitzgerald, translator of the Rubaiyat of Omar Khayyam and champion letter writer, certainly saw gardens in terms of art, of the cultivated. ‘I am quite sure gardens should be formal and unlike general Nature’, he wrote to Frederick Tennyson (elder brother of Alfred). ‘I much prefer the old French and Dutch gardens to what are called the English.’[3]

Samuel Johnson used the sense in which the garden, as domestic setting, may be contrasted with the agricultural one, to comment on an incident in which Methodist students were expelled from Oxford for constantly praying in public: ‘Sir, I believe they might be good beings; but they were not fit to be in the University of Oxford. A cow is a very good animal in the field; but we turn her out of a garden.’[4] 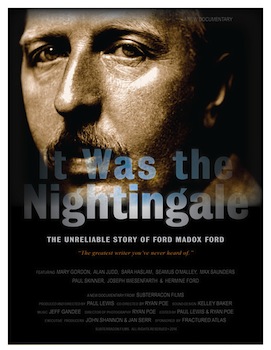 (Film poster for the new documentary on Ford, directed by Paul Lewis and Ryan Poe)

Ford Madox Ford, himself a smallholder and accomplished gardener, often used gardening metaphors. He alluded once to his concern, not for the commercial novelist but for ‘a queer, not easily defined fellow. To him writing has the aspects of an art. One’s art is a small enclosed garden within whose high walls one moves administering certain manures and certain treatments in order to get certain effects. One thinks that people ought to like these effects, say of saxifrages against granite.’ He never tired of experimenting with potatoes. ‘Of, say, fifty different plants by the end of 1922 I had succeeded in selecting nine that seemed to be reasonably new varieties and two that apparently resisted all the diseases they were likely to meet.’[5]

Curiously, by the end of 1922, Ford had published just over fifty books.