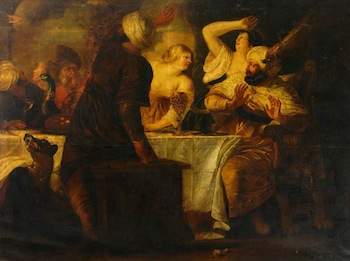 I’ve been thinking a bit about blue just lately. Not just because of capricious and mercurial weather, clear brilliance lurching to rain or snow or hail but also because of the death earlier this month of William Gass. He wrote a book some forty years ago called On Being Blue: A Philosophical Inquiry and offered a strikingly honest answer to the question of why he wrote: ‘I write because I hate. A lot. Hard.’[1]

I never read much of his work, apart from a couple of stories, and was occasionally guilty of mixing him up with William Gaddis, whose gargantuan novel, The Recognitions, I wrestled with decades ago, but Gass did write a very distinctive essay about Ford Madox Ford’s Fifth Queen trilogy and I was familiar with that.[2]

Then came the recent excitement over the plan to reintroduce the blue passport for United Kingdom citizens. Predictably, while the Prime Minister referred to it as an expression of ‘independence and sovereignty’ that reflected ‘citizenship of a proud, great nation’, and other right wing politicians made similar noises, neither they nor the tabloid press made clear that Britain could have simply retained the blue passport while in the EU, nor that it was the Conservative government under Margaret Thatcher that elected to adopt the burgundy EU passport in 1988—though never obliged to do so. Several commentators have pointed this out while wondering about the fuss over such a detail, prompting the Daily Mail, for example (26 December), to huff: ‘How typical of such people to deride something that will be a potent, everyday symbol of Britain’s independence from the EU come 2019.’ Yup. 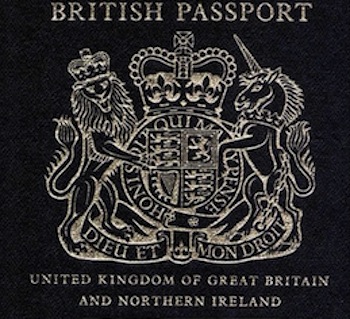 Passport size is mandated by the International Civil Aviation Organization, an agency of the UN. Most of the recent changes to British passports have been at the behest of the United States, sometimes via the EU, and this includes its imposition of more stringent photo requirements and biometric features, as the historian James Baldwin explained last week:
https://www.theguardian.com/commentisfree/2017/dec/22/blue-passports-taking-back-control-imposed-league-of-nations-burgundy-passport-eu

Woke up this morning with the passport blues. Was it really worth inflicting this scale of damage on the country to change the colour of something that its government chose thirty years ago? Blue, bleu, blau. George Dangerfield wrote of the occasion when David Lloyd George, addressing a group of bankers at the Guildhall, assured them that, ‘In the matter of external affairs the sky has never been more perfectly blue.’[3] The date of that confident assertion? 17 July, 1914.

So this is where we are; this is what we’ve come to. The sense of an ending—and let’s hope the ending is just of 2017, a year remarkably light on laughter but heavy on bad manners, bad faith, bad politics and bad economics.

In Ragnarok: The End of the Gods, A. S. Byatt wrote of the god Loki that he was ‘the god of endings. He provided resolutions for stories – if he chose to. The endings he made often led to more problems.’ Loki was, of course, the trickster, a figure that recurs in countless stories in most cultures, from creation myths to cinema screens, from Brer Rabbit, Crow and Puck to the Pink Panther and The Joker.

In ‘Thoughts on Myths’, a final section of Ragnarok, Byatt comments: ‘But if you write a version of Ragnarök in the twenty-first century, it is haunted by the imagining of a different end of things. We are a species of animal which is bringing about the end of the world we were born into. Not out of evil, or malice, or not mainly, but because of a lopsided mixture of extraordinary cleverness, extraordinary greed, extraordinary proliferation of our own kind, and a biologically built-in short-sightedness.’[4] 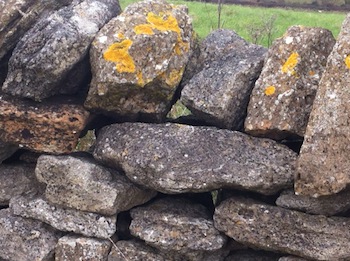 Indeed. The Librarian drew my attention to two online items this morning, just to confirm that the writing is truly on the wall—one from a Conservative politician who evidently shouldn’t be allowed near social media without medical supervision, both for her sake and for ours; and one from the current President of the United States.

And that writing on the wall? Mene, Mene, Tekel, Upharsin. As Daniel interpreted those words for the king, Belshazzar: God hath numbered thy kingdom and finished it; thou art weighed in the balances, and art found wanting; Thy kingdom is divided. and given to the Medes and Persians.[5]

We’re currently a little light on Medes and Persians in this neck of the woods but, apart from that slight anomaly, it’s clearly a Brexit thing.