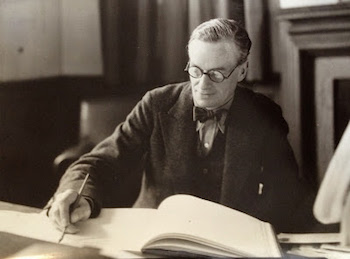 On my way through the park, I pass four people, each accompanied by an average of 2.75 dogs. It seems a little excessive but the total is dominated by the woman gripping five leads, to each of which is attached to a dog of such slender proportions that, taken all together, they would barely comprise a single, ordinary-sized dog.

Perhaps I was taking refuge in such arithmetical precision because I’d been thinking of error, specifically of writers’ errors, even more specifically of novelists’ errors and wondering whether that was a contradiction in itself. 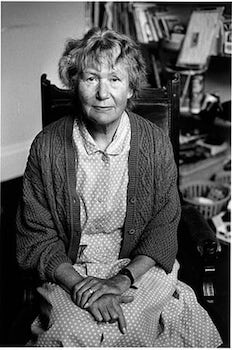 (Penelope Fitzgerald via The Guardian)

Edmund Knox, later ‘Evoe’ of Punch and father of Penelope Fitzgerald, began his editorial career as a boy, taking charge of the family newspaper, The Bolliday Bango. His brothers, ‘Dilly’, classical scholar and later code breaker, Wilfred, priest and teacher, and Ronald, the celebrated Catholic theologian, translator and writer of detective stories, all contributed to the Bango’s production. One venture was the detection of ‘a number of inaccuracies, even downright contradictions, in the Sherlock Holmes stories’. They sent a list of these to Arthur Conan Doyle, ‘in an envelope with four dried orange pips, in allusion to the threatening letter in The Sign of Four’, but received no reply.

Later, in 1911, Ronnie Knox expanded that original letter into a paper given to the Gryphon Club in Trinity College, Oxford. ‘A satire on all higher scholarship, including his brother’s work on Herondas and his correspondence with German textual experts’, which entailed Ronnie’s invention of Professors Ratzegger and Sauwosch. ‘He set out to show, strictly from internal evidence, that the Return stories are clumsy inventions by Watson, who had taken to drink. This would account, for instance for his neglect of his practice, and the ludicrous errors he makes in the colour of Holmes’s dressing-gown.’

It also prompted a letter from Conan Doyle to Ronnie, expressing ‘the amusement – and also the amazement’ with which he had read the article, going on to explain ‘the vexed point’ about the bicycle tracks in ‘The Adventure of the Priory School’.[1]

Studies in the Literature of Sherlock Holmes, the title under which it was published the following year and reprinted several times since, is widely credited with inaugurating Sherlockian studies, ‘The Game’, the world in which Holmes and Watson are real people and Conan Doyle a useful agent. Knox pointed out that the incident of Percy Trevor’s bulldog biting Holmes on his way down to chapel was ‘clearly untrue, since dogs are not allowed within the gates at either University’, while an Oxford scholarship paper including ‘only half a chapter of Thucydides’ was also absurdly improbable. ‘And, worst of all, the dummy in the Baker Street window is draped in the old mouse-coloured dressing-gown! As if we had forgotten that it was in a blue dressing-gown that Holmes smoked an ounce of shag tobacco at a sitting, while he unravelled the dark complication of The Man with the Twisted Lip!’[2]

A remarkable proportion of the annotations in Leslie Klinger’s edition of the Holmes canon are concerned with inconsistencies or contradictions while the majority of the ‘capsule’ entries on individual stories in Dick Riley and Pam McAllister’s compilation refer to ‘Oddities and Discrepancies’.[3]

There are degrees and types of ‘error’, of course: firstly, internal, those inconsistencies within the Holmes canon, a man writing prolifically and often hurriedly, over long periods of time and great stretches of material, with occasional lapses hardly surprising. An ‘error’ of a slightly different kind is in the opening passage of Samuel Beckett’s Murphy, where a man has tied himself to a rocking-chair with seven scarves: their positions are detailed but total only six. There are other practical improbabilities and impossibilities (how the last scarf was tied, for instance), concerning which Hugh Kenner remarks: ‘A novel, in short, is a novel, not a map of the familiar world, and Beckett’s novels differ from most in the consistency of their insistence upon this principle.’[4] 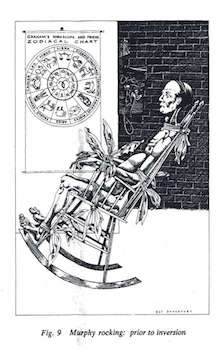 Indeed. But many novels, not excluding Joyce’s Ulysses, occupy a space so close to that familiar world that their breaths mingle. Joyce said he wanted ‘to give a picture of Dublin so complete that if the city one day disappeared from the earth it could be reconstructed out of my book.’[5] That implies a certain documentary accuracy, a topographical precision – even in a work whose hero is an advertising canvasser based on Homer’s ‘man of many devices’.

In Ford Madox Ford’s Some Do Not. . ., Christopher Tietjens, home on leave, proposes as spiritual adviser to their son the priest who has appeared earlier in the novel: ‘Sylvia stood up, her eyes blazing out of a pallid face of stone: “Father Consett,” she said, “was hung on the day they shot Casement. They dare not put it into the papers because he was a priest and all the witnesses Ulster witnesses. . . . And yet I may not say this is an accursed war.”’[6]

Roger Casement was hanged, not shot, in August 1916. A reviewer of Some Do Not. . . took Ford to task for his ‘inaccuracy’, as Ford noted in his dedicatory letter to the second volume in the sequence, No More Parades, where he discussed his reasons for referring to Casement’s being hanged, specifically his conversation with a woman who could not, she said, bear the thought that the English had hanged him.[7] In his Joseph Conrad: A Personal Remembrance, also published in 1924, Ford wrote about Conrad’s encounter with Casement in Africa and remarked that it was ‘as unspeakably painful to him when later Casement, loathing the Belgians so much for their treatment of the natives on the Congo, took up arms against his own country and was, to our eternal discredit, hanged, rather than shot in the attempt to escape’.[8]

Joyce went to enormous trouble to get the details of 1904 Dublin ‘right’. Ford too worried about factual accuracy in, particularly, the constituent parts of Parade’s End. He had always had ‘the greatest contempt’ for novels that were written with an obvious moral purpose. ‘But when I sat down to write that series of volumes, I sinned against my gods to the extent of saying that I was going—to the level of the light vouchsafed me—to write a work that should have for its purpose the obviating of all future wars.’ Given that intention, the rest followed: ‘So it was my duty to be sure of my details. For technical facts as facts I have no respect whatever. Normally I rather despise myself for playing for factual accuracy in a novel. It did no harm to Shakespeare not to know that Bohemia has no sea-coast or even to believe in the fabled virtues of the mandrake. I would just as gladly make such slips as not. But they give weapons to fools and if, in this case, I failed in factual correctness, I should betray the cause for which I was working.’[9]

One more. ‘It is my sense’, Guy Davenport wrote, ‘that I am always telling a story rather than projecting an illusory, fictional world. I am aware of the trap in argument whereby we can seem to square a story with reality, and I felt wonderfully helpless when various critics jumped on my “mistakes.” One brave Boston soul swore he was at that air show in Brescia, that Kafka wasn’t there (the crowd was estimated by La Sentinella Bresciana to be 50,000), and that Blériot did not look like my description. A Russian has written to know why I have Lenin speaking in a dialect he wouldn’t have used. And so on.’[10]

‘Wonderfully helpless’. Yes, in which world do you start? Or rather, when you’re standing up to your waist in water, in a strong current: which bank do you push for? A great many novelists now begin with ‘research’; some, alas, seem never to leave it, while the fiction is swept downstream.

As to facts, among other inhabitants of that borderland. . .

‘Facts do not find their way into the world in which our beliefs reside; they did not produce our beliefs; they do not destroy them; they may inflict on them the most constant refutations without weakening them.’[11]