‘Just now I am very proud because I recently acquired a wonderful edition of Sir Thomas Browne’, Elizabeth Bishop wrote to Donald E. Stanford in 1934, ‘very elegant, once selling for $36 and now remaindered at $12. It’s edited by Geoffrey Keynes and has a lot of charming portraits.’[1]

Geoffrey Keynes may be less well known than his famous economist brother Maynard but is of extraordinary interest on his own account. He was at Rugby School with Rupert Brooke, becoming the literary executor of Brooke’s estate after the poet’s death in 1915: his huge Letters of Rupert Brooke finally appeared in 1968. When a house surgeon at St Bartholomew’s, Keynes played a major part in saving the life of Virginia Woolf after her first suicide attempt in 1913 (and so prior to publishing any of her novels).[2] During the war, he served in the Royal Army Medical Corps and, in 1917, married Margaret Elizabeth Darwin, Charles Darwin’s grand-daughter and younger sister of Gwen Raverat, the artist and author of Period Piece, constantly in print since its first appearance nearly seventy years ago: 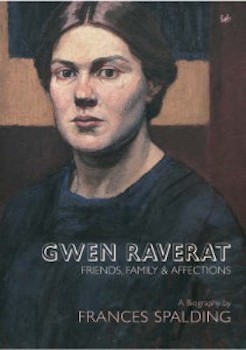 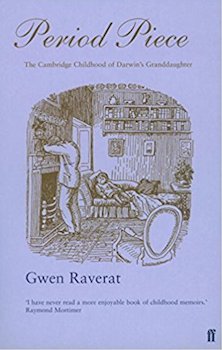 ‘Once I was taken out of bed and carried down to the front door in my nightgown to see the water covering the road and the Green, when a flood had risen suddenly one night. My parents had gone out to dinner on foot, but the frightened maids sent a four-wheeler to fetch them back in a hurry. The water came up to the hubs of the wheels, but was not very deep on the pavement. The cellars were awash, and my father had to wade out into the garden to rescue a cat which was marooned on top of a wall. We had several very delightful floods in my youth, but unfortunately the water never quite came into the house; nor did it in the Great Flood of 1947.’[3]

Keynes was a close friend of Jacques Raverat (who married Gwen in 1911), knew Eric Gill, and arranged publication of several limited editions of Siegfried Sassoon’s work, as well as compiling a Sassoon bibliography. He became an eminent medical figure, particularly notable for his advocacy of blood transfusion and his treatment of breast cancer. But he’s most commonly celebrated as the bibliographer of Donne, John Evelyn, Thomas Browne and, especially, William Blake. His bibliography of Blake, together with his editions of Blake’s writings, paved the way for the great rise in Blake scholarship and the general revaluation of his works in the twentieth century.

Keynes met Francis Meynell, founder of the Nonesuch Press, in 1923, the year in which the press produced its first title, an edition of John Donne’s Love Poems. They became, and remained, friends for over fifty years. Meynell later remarked that Keynes had produced, in whole or in part, sixteen books for the Nonesuch Press, though Keynes comments that he ‘had a finger in a great many more besides’.[4]

Many people will own, or at least remember, Nonesuch Press volumes. I also have to hand a ‘Prospectus and Retrospectus of the Nonesuch Press 1932/ 16 Great James Street WC2’. Glancing through it in search of Keynesian input, I find, firstly, The Writings of William Blake, edited in three volumes by Geoffrey Keynes: 1500 sets at £5 11s. 6d. and 75 copies in one volume at £10. This may have been the edition that Elizabeth Bishop mentioned in her letter, though, on balance, perhaps more likely is another Keynes production, The Works of Sir Thomas Browne, in six volumes, published in 1928 by Faber & Gwyer. (The firm traded under that name from 1925 to 1929, when the Gwyers and Geoffrey Faber parted ways and Faber devised the new firm’s impressive name by simply doubling his own.

So eleven  books in (at most) nine years, some of them involving enormous labour.
All the while, he was putting in a tremendous amount of work at Bart’s Hospital – and pursuing other cultural interest (music, ballet). Were the hours just longer in those days? As for that Nonesuch list. Other stray, non-Keynesian, items catch the eye: Charles Ricketts on Oscar Wilde; an edition of D. H. Lawrence’s Love Among the Haystacks with a memoir by David Garnett; Montaigne edited by J. I. M. Stewart; Herbert Farjeon’s edition of Shakespeare in seven volumes. . . .

And there is an odd sense of dislocation. Knowing perfectly well that the catalogue is eighty-six years old and that the prices are in a form of currency extinct for more than forty, I still catch myself fashioning a short shopping list. The quoted review from the Manchester Guardian of an earlier volume in the series devoted to John Dryden’s dramatic works, edited by Montague Summers, has this: ‘His introduction, too, is in many ways a new survey of Dryden’s literary career. But it is, we regret to say, not infrequently disfigured by irrelevant and tasteless remarks…’ Who wouldn’t want to know what those remarks were? Here, in any case, is the Letters from W. H. Hudson, edited by Edward Garnett; and Peter Warlock’s selection of songs from the eighteenth-century pleasure gardens of London. Add the three-volume Blake and perhaps Cobbett’s Life and Adventures of Peter Porcupine, the Walton and possibly that handsome edition of North’s Plutarch. Then this brief note swims into focus: ‘Of the complete tally of Nonesuch books printed in the Retrospectus…only the last to be published is still available [a book on the death of Marlowe]; all the other editions are exhausted. . . ’

Fine printing and attractive, carefully designed books have not, of course, vanished from the world. Far from it—the book as desirable physical object has steadily became one of the primary defences against those invading digital hordes. And, unlike the holiday that turned out badly, the lavish celebratory meal that didn’t quite cut the mustard or the latest piece of whizz-technology that will be mutton-dead in a year or so, they can last—still beautiful and still useful—for a hundred years or so.
Thomas Browne (to end with him) wrote: ‘’Tis opportune to look back upon old times, and contemplate our Forefathers. Great examples grow thin, and to be fetched from the passed world. Simplicity flies away, and iniquity comes at long strides upon us. We have enough to do to make up our selves from present and passed times, and the whole stage of things scarce serveth for our instruction. A compleat peece of vertue must be made up from the Centos of all ages, as all the beauties of Greece could make but one handsome Venus.’[5]