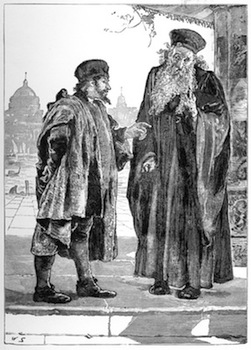 ‘Though I had to run to London several times’, Edward Fitzgerald wrote to Frederick Tennyson on 8 June 1852, ‘I generally ran back as fast as I could; much preferring the fresh air and the fields to the smoke and ‘“the wilderness of monkeys”’ in London.’

That last phrase comes from The Merchant of Venice—by the dramatist of whom Fitzgerald wrote, ‘What astonishes me is, Shakespeare: when I look into him, it is not a Book, but People talking all round me.’[1] Tubal tells Shylock he has been shown a ring that one of Antonio’s creditors ‘had of your daughter for a monkey.’ Shylock is hugely upset by the news since the ring was a turquoise given to him by Leah, before she became his wife: ‘I would not have given it for a wilderness of monkeys’ (III.i).

My Arden edition, so wedded to extensive and detailed footnotes, has nothing to add here. But recurrences of the phrase, with embellishments, or near misses or oblique references, have offered other editors and annotators hours of fun.

‘Excuse these moans’, Ivor Gurney wrote to Mrs Voynich in April 1916. ‘But I am as a bottle in the smoke, a mouldy pelican in a howling wilderness of monkeys.’ A footnote here points to the Book of Common Prayer, Psalm cxix (bottle in the smoke) and the pelican ‘(not mouldy)’ in Psalm cii, while commenting on Gurney’s ‘also mixing in the “wilderness of monkeys” from Shylock’s valuing of his ring in The Merchant of Venice, III, i.’[2]

Ten years later, C. E. Montague wrote in Rough Justice of his characters, ‘Molly and Auberon too, making no show among parrots and monkeys, but still somehow right’.[3] Parrots and monkeys now? An Army phrase meaning goods and chattels, personal possessions, Eric Partridge tells us, citing a later catchphrase: ‘All right! Pick up your parrots and monkeys, and get mobile’.[4] 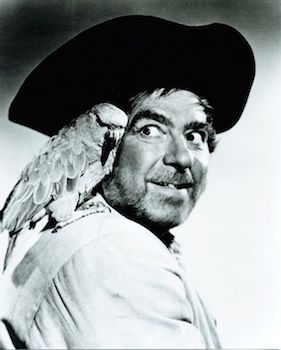 Pelicans, parrots, monkeys. Something missing? Ah. In Some Do Not. . ., the first volume of Ford Madox Ford’s Parade’s End tetralogy, he has Christopher Tietjens remember ‘the words of some Russian: “Cats and monkeys. Monkeys and cats. All humanity is there.”’ ‘Some Russian’, forsooth! It was the New Yorker Henry James, as Ford’s editor, Max Saunders, documents in a footnote: ‘See Henry James, “The Madonna of the Future” (1873), which repeats the sentence: “Cats and monkeys, monkeys and cats; all human life is there!”: The Tales of Henry James, ed. Maqbool Aziz, vol. II (Oxford: Clarendon Press, 1978), 202–32 (226, 232).’[5] Fordian numerologists will savour the publication date of James’s story (the year of Ford’s birth).

Nor is this the volume’s only dealings with these furry constituents of ‘all humanity’. Less than fifty pages later, Mrs Wannop, writer and mother of Valentine, addresses Christopher Tietjens. ‘“My dear boy,” she said. “Life’s a bitter thing. I’m an old novelist and know it. There you are working yourself to death to save the nation with a wilderness of cats and monkeys howling and squalling your personal reputation away. . . ”’ This further twist engages the editor again: ‘While “cats and monkeys” echoes the phrase noted on 100 above, the addition of “wilderness” here adds another echo, to The Merchant of Venice, III.i.112–14, when Shylock says to his friend: “Thou torturest me, Tubal: it was my turquoise; I had it of Leah when I was a bachelor: I would not have given it for a wilderness of monkeys.”’ Four more pages and the stalwart Mrs Wannop remarks, ‘“Of course, I back my daughter against the cats and monkeys.”’[6] As who would not? 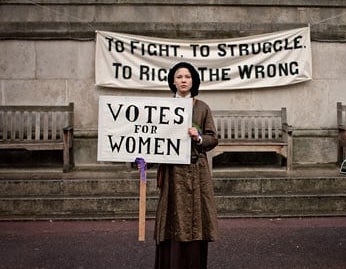 A decade before Some Do Not. . ., Ford had devoted an entire book to Henry James, in the course of which he quoted that final sentence of ‘The Madonna of the Future’ twice, the second time while he was comparing aspects of James and another of Ford’s most admired confrères, Turgenev: ‘For the Russian could never have written The Turn of the Screw; and, if he could have given us Daisy Miller, he certainly could not have written “Cats and monkeys, monkeys and cats – all human life is there. . .”’[7]

Not that it’s all literary larks. Jaap Goudsmit’s 1997 study, Viral Sex, discussed the possible lines of descent of HIV and SIV (Simian immunodeficiency, a virus found in primates), mentioning that monkeys and cats ‘in the same household might sometimes become companions and groom each other.’ That they would also fight is shown in tomb paintings dating from the reigns of Amenhotep III and Horemheb, both fourteenth century BC. ‘So more than three thousand years ago, Egyptian domestic culture gave cat viruses the chance to infect monkeys.’[8]

Cats and monkeys. Monkeys and cats.

[7] Ford Madox Ford, Henry James: A Critical Study (London: Martin Secker, 1914), 140, 143. As the Oxford Dictionary of Quotations points out, from the late 1950s, ‘All human life is there’ became the slogan of the News of the World. They may not have come across it in their studies of Henry James, of course. Chapter Five of Fred Kaplan’s 1992 biography of James is entitled ‘“Cats and Monkeys”’.