On 28 August 1967, after hearing the news of her friend Alyse Gregory’s death, Sylvia Townsend Warner wrote in her diary, ‘As for me, I think sadly that my store of congenial minds is running very low. Never mind, so am I. And she is safe at least. Sleep and his brother Death have seen to that.’[1]

‘Sleep and his brother Death’. That sibling naming, though not the sentiments, recall David Jones’ In Parenthesis: ‘But sweet sister death has gone debauched today and stalks on this high ground with strumpet confidence, makes no coy veiling of her appetite but leers from you to me with all her parts discovered.’[2]

Allyson Booth writes of the etymological relationship between sleep and death—‘bed’ derived from the word meaning ‘to bury’, ‘cemetery’ derived from a word meaning ‘a place to sleep’, and of how the First World War literally undermined ‘a soldier’s confidence in the stability of death and a corpse’s embodiment of death’ in the churned-up ground of the Western Front as men walked and slipped and fought on the bodies of the fallen.[3]

But this is, so they say, a time of peace; and the fact is that, certainly once we reach a certain age, we are increasingly likely to witness or commemorate the death that is viewed as relief rather than tragedy. Some deaths, seeming to occur absurdly early, can still fall into that category – though some, of course, are simply an affront, a spitting in the eye of the universe and an insult to nature.

Only with the 18th century did the number of births gain over that of deaths; and this became the pattern regularly thereafter.[4] It was in 1918 that deaths overtook births again. ‘Coffins that had been stockpiled during the war, as there were no bodies to put in them, were suddenly in short supply. The Leicester railway workshops turned to coffin manufacturing and Red Cross ambulances were employed as hearses.’[5]

Sometimes, death constitutes no serious interruption to a process possessing its own rules and impetus. Stanley Spencer’s correspondence with his former wife Hilda continued after her death, beginning with a December 1950 letter and continuing until his own death nine years later. There was never any reference to her being dead and some of his letters ran to scores of pages.[6]

And the approach of death is sometimes neither feared nor unwelcome. In Patrick White’s novel The Riders in the Chariot, though Himmelfarb is near death in Mrs Godbold’s house, ‘He was as content by now as he would ever have allowed himself to be in life. Children and chairs conversed with him intimately.’[7] The importance of chairs – and tables – as solid, honest, real is a recurrent motif in White’s work.

Walter Savage Landor does a nice line in stoic acceptance of the inevitable ending:

To my ninth decad I have tottered on,
And no soft arm bends now my steps to steady;
She, who once led me where she would, is gone,
So when he calls me, Death shall find me ready. 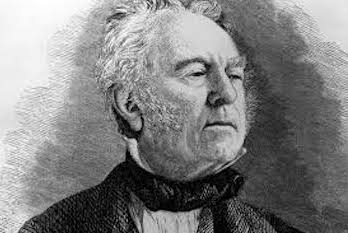 And perhaps one more:

I strove with none, for none was worth my strife;
Nature I loved, and next to Nature, Art;
I warmed both hands before the fire of life;
It sinks, and I am ready depart.[8]

And Ali Smith writes of how ‘many things get forgiven in the course of a life: nothing is finished or unchangeable except death and even death will bend a little if what you tell of it is told right’.[9]

That’s something to aim for: bend death a little. Tell it right.

[4] Fernand Braudel, Civilization and Capitalism, 15th – 18th Century. Volume I: The Structures of Everyday Life: The Limits of the Possible, translated from the French and revised by Sîan Reynolds. (London: Fontana Books 1985), 73.