Sweet day, so cool, so calm, so bright—so it was, and is. Passing the open front door of a house along our street, cement sacks propped against the wall, the whole building masked by scaffolding—one of several at the moment—I’m struck by how many workers in the building trade believe they can sing – I mean sing well, of course. The song that’s spilling from the radio is almost drowned out by their own near-miss whoops and roars. But then my standards have been skewed since work on the back of our house transformed them. For months, along with the drilling and hammering downstairs, I could hear Mark singing along with the radio. Not only could he sing in tune – and hold a tune – but he seemed to know the words and the melody of every song that came over the airwaves. More, he could sing every part and, frankly, anyone who can do all that and harmonise with himself, has earned respect, certainly mine.

That’s a word that detains me from time to time. ‘Respect’ – for the person, for the achievement, for the office. The last of these has fallen out of favour of late, tangled up with ‘the end of deference’, ‘deference’ being one of those trigger words that creates a certain restlessness in the room. In many countries, of course, respect continues to be accorded a particular office even if the holder is manifestly wholly unfitted for it and may even have brought the office itself into disrepute.

My own position is that, while respect has to be earned, so too does disrespect. Neither praising nor dispraising until the one or the other is warranted, by word or action; and, in the meantime, walk on by. Browsing in dictionaries, I’m fine with ‘a feeling of deep admiration for someone elicited by their qualities or achievements’, so too ‘due regard for the feelings or rights of others’: that’s ‘due regard’. 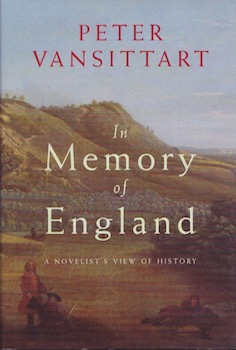 On the matter of balance between respect for the person and for the position held by that person, I like this from Peter Vansittart: ‘Classics, of course, have no monopoly of pertinent stories, and any age can learn from a French provincial governor, François de Montmain, replying to King Charles IX: “Sire, I have received an order from Your Majesty directing me to kill all Protestants in my province. I respect Your Majesty too much to believe that this order is genuine. But if, which God forbid, it should indeed be, I respect Your Majesty too greatly to feel it in my power to obey it.” Courage, dignity, wit and humanity in a handful of words.’[1]

Bridging the gap – Catholic to Protestant; king to commoner; invader to ‘native’. In his introduction to Francis Parkman’s The Oregon Trail, David Levin noted that ‘unlike Melville’s narrator, Parkman never learns to respect the people whose life he observes.’ He added: ‘He cannot transcend the invaders’ point of view.’ Indeed, for Parkman, the Native Americans he encountered and whose lands he ranged over, could only be ‘savages’: at one point, he writes, ‘No civilized eye but mine had ever looked upon that virgin waste.’[2]

In our time, it is the politicians who have most visibly and undeniably lost respect – which is hardly surprising, given current and recent events in the United Kingdom, the United States, Hungary, Italy, Brazil, Turkey, Yemen and Saudi Arabia—among many others. There seems no real likelihood of this changing any time soon.

There used to be a common phrase, less common now, I think, ‘paying respects’, a visit of a semi-formal or at least polite kind, while ‘paying one’s last respects’ expresses those sentiments through attending a person’s funeral—or, perhaps, visiting their graves. ‘During a quarter century of poetic folly’, Jonathan Williams muses, ‘I have become more and more goliardic, peripatetic, and simply bizarre.’ Poet, publisher and photographer, he carefully recorded his funerary pilgrimages: ‘I must have by now 300 slides of the resting places of human beings I much revere and whose works and persons nourish me.’[3]

‘Never speaking ill of the dead’ is often used to enforce silence about failings, or used to be. Victorian ‘lives and letters’ were notoriously eulogistic if not sycophantic, one reason why J. A. Froude’s life of Carlyle was so controversial, with its revelation of what Froude viewed as Carlyle’s abrasive character and Jane Carlyle’s unhappiness. But, as Adam Sisman wrote of Samuel Johnson, ‘If biography was to teach men and women how to live, it followed that it should be realistic. Johnson did not share the general belief that respect for the dead required that their faults should be suppressed or glossed over.’[4]

Still, if you’re embarking on a biography, it’s surely advisable to harbour positive feelings—even respect—for your subject. Penelope Fitzgerald, biographer of Edward Burne-Jones, Charlotte Mew and her own extraordinary family, remarked in a letter to her American publisher Chris Carduff: ‘I also write novels (on the whole I think you should write biographies of those you admire and respect, and novels about human beings who you think are sadly mistaken)’.[5] 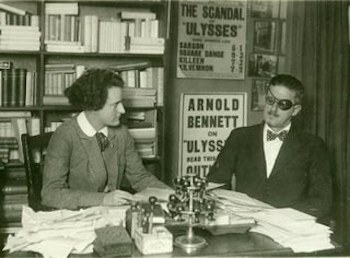 (Sylvia Beach and James Joyce via The New Yorker)

Not that respect is, or need be, focused always on persons. It might be a text: Sylvia Beach recalled that Sergei Eisenstein was ‘an ardent admirer of Joyce. He would have liked to make a film from Ulysses but he had too much respect for the text, he told me, to sacrifice it for the sake of the picture.’[6] It might be something more mundane: ‘Whether religious or not (that was something she would not have breathed about, not even to Mrs Hunter asleep) Sister de Santis admitted to a belief in common objects. If you depend on something to any extent, you might as well learn to respect it; so she never kicked the furniture or threw the crockery about.’[7]

Lately, even given the profound and relentless provocation afforded me by the world’s destroyers and their useful idiots, I’ve managed to leave the crockery alone.