A correspondent writes: ‘You will remember that Ford Madox Ford quote you often used—“Terrible things—for those to whom terrible things occur in their lives—happen in the last days of January”—and will no doubt trot it out again and try to connect it with that bloody damnable Brexit thing.’

No, Cornelius, I won’t trot it out again. Here, instead, is Edmund Blunden, the poet and prose writer, who served in France, was gassed and won the Military Cross, who died on this day forty-five years ago that. Early in his classic memoir, Undertones of War, he writes: ‘One of the first ideas that established themselves in my enquiring mind was the prevailing sense of the endlessness of the war. No one here appeared to conceive any end to it.’

Will we get to the end of this catastrophic farce—and, if we do, will it only be a beginning anyway? It’s not a comfortable or edifying spectacle, this watching your country eat its own intestines, though difficult to look away from, provoking as it does a kind of appalled fascination. There has been an avalanche of essays and articles on the theme of ‘how to break the impasse’, most managing to say nothing of much value. And with such rigidity and posturing, with so many people talking of ‘the national interest’ while actively pursuing something quite other, the signs are not promising. 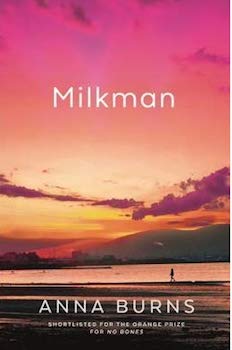 Still, intelligence, imagination, tolerance, an understanding of history and knowledge of the human heart are readily available elsewhere, so thanks to – among others this month so far – Colm Tóibín, Anna Burns, Deborah Levy, Dorothy Baker and Henry James.

‘People can be extraordinarily slipshod whenever already they have made up their minds’, Anna Burns writes in Milkman, her very funny—and scary—Man Booker Prize-winning novel.