I was reading Bashō, who wrote: ‘I went to see the Atsuta Shrine, but it had been reduced to utter ruins. Walls had crumbled and dry grasses were standing among the falling blocks.’[1]

Now the old come out to look,
Winter past and winter’s pains,
How the sky in pool and brook
Glitters on the grassy plains.

But, as Nick Laird writes in the introduction to the Penguin edition of Housman’s poems, ‘Like Webster, Housman was much possessed by death’—death and lads would cover a lot of it, in fact—so there is also:

The sigh that heaves the grasses
Whence thou wilt never rise
Is of the air that passes
And knows not if it sighs.[2]

Robert Frost, also born on this day, in 1874, published one of his most famous poems, ‘The Road Not Taken’, in August 1915. It is, as Frost himself said, ‘a tricky poem – very tricky’, and the poet seems to have had his friend Edward Thomas in mind when he wrote it.[3] The narrator of Frost’s poem looks down one path as far as possible before it bends into the undergrowth:

Then took the other, as just as fair
And having perhaps the better claim,
Because it was grassy and wanted wear;
Though as for that, the passing there
Had worn them really about the same.

‘About the same’ – and both paths covered in freshly fallen leaves anyway.[4]

One more: on this day, in 1892, Walt Whitman died, the great poet of Leaves of Grass, thinking not only of graves but also of growth, expansion, burgeoning power. 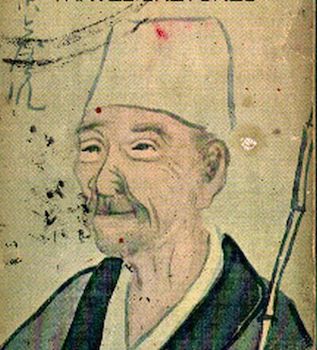 For Ezra Pound’s Li Po, in eighth-century China, grass grows over the piled bones of the dead:

Lucille, in A Place of Greater Safety, Hilary Mantel’s novel about the French Revolution, looks to a future which will evidence recognisably similar signs: ‘With all the desperate passions in our heads and bodies, one day these walls will split, one day this house will fall down. There will be soil and bones and grass, and they will read our diaries to find out what we were.’[6] 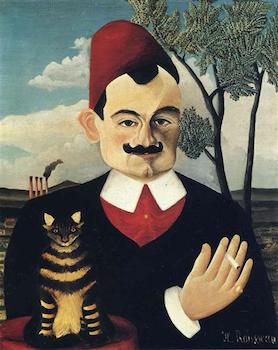 In his translator’s note to Pierre Loti’s 1917 pamphlet, L’Outrage des barbares – The Trail of the Barbarians (1918), Ford Madox Ford disagreed with Loti’s use of the word ‘irreparable’, believing that the land in France would indeed recover, thanks to its ‘little industries’ and its traditions of husbandry: ‘ . . . I am more sure than Mr Loti that the grass is already moving that shall cover the graveyards and the rusty heaps of recovered provinces.’[7]

Still, circling back to Bashō, I find: ‘When a country is defeated, there remain only mountains and rivers, and on a ruined castle in spring only grasses thrive. I sat down on my hat and wept bitterly till I almost forgot time.’[8]

As we know, not all a country’s defeats are military – nor even caused by external forces.
References

[1] Matsuo Bashō, ‘The Records of a Weather-exposed Skeleton’, in The Narrow Road to the Deep North and other travel sketches, translated by Nobuyuki Yuasa (London: Penguin Books, 1966), 59.