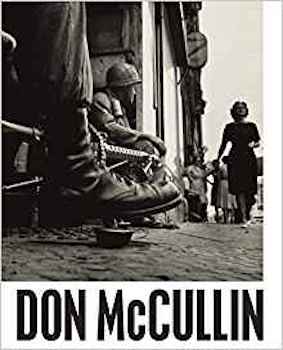 The Don McCullin exhibition at Tate Britain has been receiving five-star reviews in the press. Would we quarrel with this? Hell, no. The photography—together with the magical arts practised in the darkroom—sits perfectly on a level with much of the art that, in the broadest context, surrounds it. The subject matter is often appalling, the quality of construction and composition superb, the result frequently unnervingly beautiful. A large chunk of the second half of the twentieth century, its public history and its private grief, is here. And what a hell of a century that was for so many people.

Part of the way round the exhibition, I was conscious of several strong but distinct strands of feeling. One was a recognisable impulse to weep, at the sheer unstoppable waves of slaughter, suffering, grief, loss and despair, in Biafra, in East Beirut, in Vietnam, in London’s East End, in Cyprus, in Northern Ireland, in Kurdistan, the Congo, Cambodia, Bangladesh, Iraq. I was also getting flashbacks to my reaction to Raoul Peck’s superb 2016 documentary, I Am Not Your Negro, based on a James Baldwin manuscript, when I was struck by how little progress had actually been made in the intervening years and how much of what had been so appalling then remained appalling now. On the walls of the McCullin exhibition were images from the 1970s not only of the many bloody, vicious and pointless conflicts but of homeless and destitute people, house interiors in foul condition because of exploitative landlords, anti-fascist demonstrations in London, vile racist graffiti on exterior walls. Forty years ago, fifty years ago—and those huge stretches of time simply fall away or dissipate like smoke when you open a newspaper or turn on the news now. 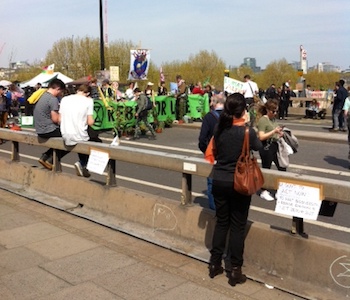 We’d walked along Waterloo Bridge, where a great many people were demonstrating to draw attention to climate emergency here in our last chance saloon, most of them young, since my generation and the one before it have proved themselves so utterly useless in this regard, trashing the planet while wasting twenty or thirty years after a good number of the relevant facts were already known, so the response at this absurdly late stage must necessarily be more radical, more comprehensive, more disruptive, than if intelligently conceived, planned and executed policies had existed before now. 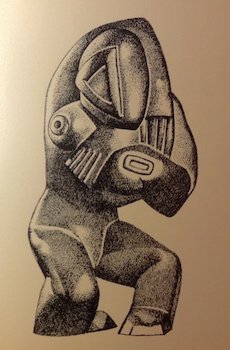 The other response I recognised was a recurrent desire to shout obscenities at the top of my voice, remembering then a moment in a Guy Davenport story, typically highly allusive, sometimes cryptic, culturally wide-ranging, stylistically elegant, which abruptly and shockingly lurches into quite another register. ‘The Bowmen of Shu’ centres on the sculptor Henri Gaudier-Brzeska, killed at Neuville-St.-Vaast on 5 June 1915 at the age of twenty-three, and consists of 42 sections, varying from a single line to several pages, interspersed—in the version included in Apples and Pears—with thirteen drawings, two by Gaudier and the others by Davenport. Section 10 reads: ‘THE SOLDAT’S REMARK TO GENERAL APPLAUSE / Fuck all starters of war up the arse with a handspike dipped in tetanus.’ And yes, I think, yes, I second that emotion. And please include all the suppliers of arms and the political and financial shysters that actively or passively facilitate such slaughters.

It is, in any case, one of the very best exhibitions, if also one of the most harrowing, I can remember seeing.