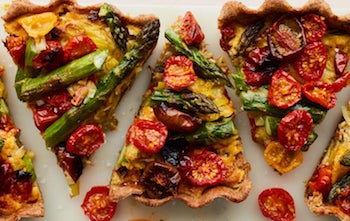 ‘A perfect tart to weave together spring and summer’, Anna Jones wrote of her roast tomato and asparagus tart with rosemary.

And so it is. While asparagus is available (so long as it’s not flown thousands of miles), I make it every week or so, the cherry tomatoes slowly roasting, the eggs coming slowly to room temperature, the lemons warily eyeing the zester and the Librarian sometimes bringing home the crème fraîche that I’ve forgotten to replace.

Meteorologically speaking, we are a little over halfway through our British Spring. The bright sky lures and the brisk wind bites; today is briefly alluring in between the showers, though yesterday the wind repeatedly lurched into explosive rages, scattering recycling bins along the street and wrecking the Librarian’s mini-greenhouse, spilled plant pots slewing soil across the gravel.

Wind breaking, then, rather breaking wind. Alluding to national habits of hat-tipping in a letter to James Laughlin, Guy Davenport noted that, ‘The French removed the chapeau and swept the air with it. The Elizabethan English swept the ground, after three twirls while making a leg.’ He added: ‘It is told of a provincial mayor that whilst so saluting Elizabeth I, he broke wind. He was thrown into confusion and slunk away. He later received a gracious note from his sovereign, saying, “I have forgot the fart.”’[1] 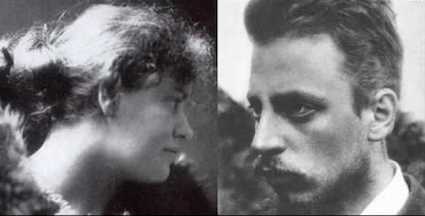 Seasonally, then, we’re betwixt and between, as Ford Madox Ford wrote to his agent James Pinker about the genre of the manuscript that became No Enemy. ‘For what is going on here, heaven knows, has for three or four days not been spring any more, has been dense, young summer’, Rainer Maria Rilke wrote to Lou Andreas-Salomé from Rome in April 1904:

The hyacinths in my little bed, which have long been hesitating, are flinging open their blossom eyes like one hammered awake by an alarm-clock, and have already been standing there quite long and straight. The elms and oaks by my house are full, the Judas tree has shed its blossoms, and all its leaves will be ready overnight; and a syringa tree that stretched out its clusters only three days ago is already in process of fading and scorching. The nights are scarcely cool any more, and the busy clamor of frogs is their voice. The owls call less often, and the nightingale still hasn’t begun. Will she still sing now that it is summer?[2] 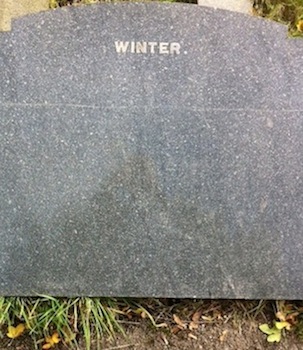 Yes, good question. What is that song we hear so indistinctly – nightingale or Siren? Nationally, we are, along with a good many other countries suffering political rupture, very much between: in our case, divergent forces wrenched between Little Britain and the wider world. I sense in myself, on some days, that ‘armchair reformist’ Louis MacNeice wrote of, who ‘sits between two dangers–wishful thinking and self-indulgent gloom.’[3] Things are, in some senses, quieter at the moment but the building is still subsiding, the body still nearing the ground at a troubling speed.

As for Ford Madox Ford’s phrase, ‘betwixt and between’: does that imply movement or simply the state of being stranded, neither one thing nor t’other? Ford himself had identified an historical moment when, ‘The old order, in fact, is changing; the new has hardly visibly arrived.’[4] 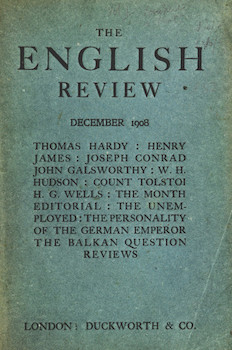 Ford was writing towards the end of the reign of Edward VII—you might say ‘Edwardian’ but things get complicated around then, not helped by some of the connotations of the word ‘Georgian’—a juncture anyway to which critics and literary historians are prone to referring as ‘transitional’. Of Ford’s journal The English Review, Malcolm Bradbury once observed: ‘the magazine marks a moment of strong literary transition.’[5] Well, yes: December 1908 to February1910, that phrase seems reasonable enough, so it may be unsurprising—and I’m not sure how ironic—that the word, certainly the idea, of transition, is applied to Ford himself with remarkable frequency. I confess to doing it myself all the time.

Of a slightly later period—a decade or so—Laurence Rainey wrote that ‘by now it should be clear that the publication of The Waste Land marked the crucial moment in the transition of modernism from a minority culture to one supported by an important institutional and financial apparatus.’[6] The avant-garde journal Transition was founded by Eugene Jolas and Maria McDonald in 1927 and ran for a decade; English Literature in Transition, 1880-1920, began in 1957 and remains one of the leading literary journals today. 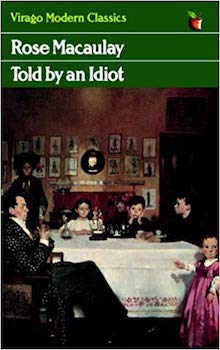 Critics and literary historians, then, find ‘transition’ everywhere, though Stephen Kern sternly declares that, ‘One of the greatest fallacies of historical reconstruction is the characterization of events as transitional.’[7] In her 1923 novel, Told by an Idiot, Rose Macaulay writes ‘Stanley always reflected her time and it was, people said, a time of transition. For that matter, times always are, and one year is always rather different from the last.’ And later in the same book: ‘A queer time! Perhaps a transition time; for that matter, this is one of the things times always are.’[8]

Safe to say, then, that we are probably betwixt and between – and almost certainly in a time of transition.