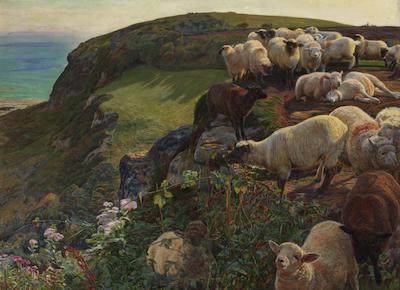 We go to the polls tomorrow; I mean that Europe does and, for now at least, the United Kingdom, if we’re sticking with that title, is on the list. The high anxiety for some Labour supporters has, though, been simplified by Mr Corbyn’s continuing to teeter on the fence, not unlike the grey cat that frequently passes, insecurely and unconvincingly, along the back of our garden.

As to the result, the predictions may be awry in some cases but no doubt right enough in one, that the Brexit Party will come out ahead. It’s simple arithmetic: Stayers will split their votes among three or four parties, Quitters will vote for one party. That reflects at least one aspect of the case: the world can be made to appear very simple; or it’s a complicated place where nuances and complexities abound. Louis MacNeice wrote, in ‘Letter to Graham and Anne Shepard’:

We are not changing ground to escape from facts
But rather to find them. This complex world exacts
Hard work of simplifying; to get its focus
You have to stand outside the crowd and caucus.

Still, this is where we are, in a tight spot. ‘My God’, the Librarian says, ‘the news is bleak.’ As it is. The United States national security advisor threatens war with Iran while, domestically, America wages war on women. The recent Australian election seems not to have been particularly good news for women either. On the European continent, there’s a struggle taking place that we’re likely to end up on the wrong side of; as with the environmental crisis, it seems extraordinary that the response to warnings that the building is on fire is so often to yawn and turn over in bed. Nancy Cunard recalled her friend Brian Howard’s bafflement over the lack of interest in the rise of Nazism in Germany. ‘How was it that, each time he returned to England, or even to France, not enough people cared nor wanted to be made aware of the hideous import of these facts, these obviously lucid indications? Why, save for a minimum of really politically minded people, were they, seemingly, not even interested? Must one be politically minded to be concerned at the appalling things going on? What about being merely human?’ 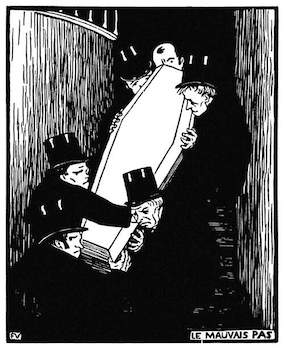 What indeed? Ernest Hemingway famously remarked to George Plimpton: ‘The most essential gift for a good writer is a built-in, shock-proof, shit detector.’ And for non-writers? ‘The road from appearance to reality is often very hard and long, and many people make only very poor travellers’, Franz Kafka once said. ‘We must forgive them when they stagger against us as if against a brick wall.’ He was a forgiving sort of person. Still, given the events of the past few years, not least in the United Kingdom and the United States, the most obviously essential tool for the voter, the citizen, is a built-in bullshit detector; and it’s clear that—to put it mildly—not everybody has one.

It was said after the EU Referendum in this country that, if it showed nothing else, it showed that a great many people didn’t mind being lied to as long as they liked the lie they were being told – and there have always been, in the phrase Pound used in Hugh Selwyn Mauberley, ‘liars in public places’. But as Harry Frankfurt’s On Bullshit and many related books since have suggested, there’s a distinction to be made between lies and bullshit, even though overlap often occurs. While liars tend to know when they’re lying and also to accept that truth matters, even if they’re deliberately deviating from it, bullshitters often don’t even know what’s true and they certainly don’t care. The examples often cited here are Messrs Trump, Johnson and Farage ­– and the main reason why they’re able not to care appears to be that those they are speaking most directly to don’t care either.

Ah, well. As the excellent Marina Hyde concluded a recent column, ‘The UK remains in toxic stasis, presided over by a necrotic government, but now with a gathering sense that much worse could be in the post.’