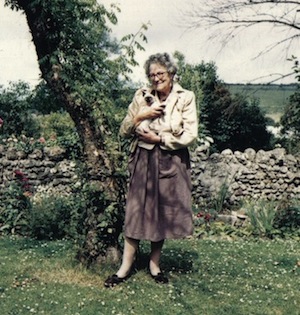 ‘We have just come back from Theodore Powys’s funeral’, Sylvia Townsend Warner wrote to William Maxwell on 28 November 1953. ‘He died sooner, and with less misery than any of us dared expect, probably because he had made up his whole mind to it. I do not mean that he was resigned; but he was resolved. There was a great deal about the funeral that he would have approved of. To begin with, because of the lay-out of his front door, the coffin came out upright, as though it were walking out on its own volition, or rather, as though he were walking it out to its burial. It was a mild grey-skied day, the doors of the village church were open during the service, and while the parson was reading the lesson from St. Paul a flock of starlings descended on the churchyard and brabbled with their watery voices, almost drowning the solitary cawing rook inside the building. The parson, an old man, and a friend of Theodore’s, must have believed every word he said, and after the blessing he stood for some time at the foot of the grave in an oddly conversational attitude, as though, for this once, he had got the better of an argument.’[1]

A longish extract – but why settle for anything less?

Sylvia had met Powys (whose brothers included John Cowper and Llewellyn; his sisters the writer Philippa, the painter Gertrude, and the authority on lace and lace-making Marian) in March 1922—annus mirabilis for a good many writers other than James Joyce and T. S. Eliot—after a brief correspondence. Her friend Stephen Tomlin (‘Tommy’) had conveyed his strong interest in Powys, finally prompting Sylvia to read The Soliloquy of a Hermit (1916). Having visited him in East Chaldon—or Chaldon Herring, ‘as it is properly called in the Ordnance map though the postal name is East Chaldon’[2]—Sylvia was given the task of finding a publisher for a Powys manuscript and found her way to Tommy’s ‘only influential acquaintance in the literary world’. This was David Garnett, co-founder of the Nonesuch Press and currently a bookseller, whose novel, Lady into Fox would appear in October, with tremendous success. Garnett sent the story on to Chatto and Windus, who published The Left Leg (1923) when Powys added the title story and one more. The stories were dedicated to Tommy, Garnett and Sylvia.[3] Mr Tasker’s Gods (1925), Mr Weston’s Good Wine (1927) and Unclay (1931) followed in the next few years, as did several further collections of stories. Douglas Goldring commented in Odd Man Out that ‘The Dorsetshire stories of T. F. Powys, which suburban critics find so morbid and unreal, seem to me to give an entirely truthful picture of peasant life as I observed it in Somerset.’[4] 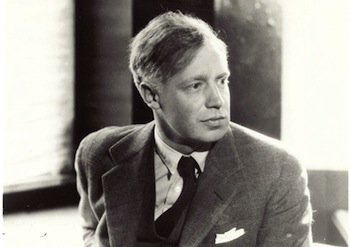 In 1930, Sylvia bought a cottage opposite the inn called The Sailors Return in East Chaldon and, soon afterwards, began the relationship with Valentine Ackland which would last until Valentine’s death nearly forty years later.[5] Garnett, who had first visited the village in the summer of 1922, published his novel, The Sailor’s Return, in 1925.[6] Set in the late 1850s, it concerns an English sailor returning home with his black African wife to rent a Dorset village inn and the prejudice and hostility they encounter from local people. It’s been reprinted by Dorset publisher The Sundial Press: http://www.sundialpress.co.uk/index.html
who also publish books by Powys brothers Theodore, Llewellyn and John Cowper, including Theodore’s Unclay and Kindness in a Corner.

Garnett was instrumental in getting Sylvia Townsend Warner’s early work published and their close friendship produced scores of superb letters. There was a long, slightly mysterious hiatus in their contact, probably due to Valentine’s jealousy, but it resumed and continued until Sylvia’s death.

Near the end of her life, Warner wrote to Garnett: ‘You enjoy my letters, I enjoy yours. We are like those Etruscan couples who sit conversing on their tomb. We belong to an earlier and more conversational world, and tend to finish our sentences and tie up our shoelaces.’ And Garnett, on his travels, sent her vibrant reports filled with tantalising details, such as this from Campeche, Mexico: ‘In the square there is a bust to the lifelong mistress of Porfirio Diaz, the dictator, Señora Romero. He gave her a villa and had the railway line diverted to run in front of the windows because she liked watching trains.’[7]

No one meaning for a text

‘There can be no one meaning for a text. Even that of the writer is but an option.’— Alan Garner, The Voice That Thunders