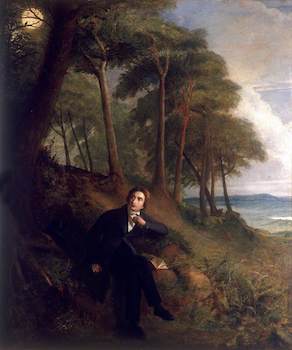 Needing something to set against my good fortune in having a small outside space, a nearby park and online slots for food shopping, the gods sent a steady succession of minor health problems—in fact, the ricked back didn’t seem that minor for two or three weeks but the leg cramps and stiff neck went by pretty quickly and the eccentric knees are probably just ordinary wear and tear. The last week, though, has been dominated by temporary—I sincerely hope—deafness, first in one ear, soon in both. Probably just an excess of earwax but it’s pretty wearing. Since I have only one person that I speak to face to face just now and I can’t hear what she says, conversation is a little problematic.

I’m reminded of a moment in the memoir by A. M. Homes: ‘I can’t remember what the neighbor said. I was suffering the deafness that comes in moments of great importance.’[1] I’ve certainly had moments like that, climactic emotional moments where it somehow seems impossible simply to say: ‘Pardon?’ In literature, those moments can be suggestive and productive. Guy Davenport, in a letter to Hugh Kenner, observed that ‘Eudora Welty once said that written dialogue differs from life in that everybody hears what’s said right off. Not in Joyce. Ulysses (as you’ve pointed out) is full of mishearing.’[2] At the end of The Good Soldier, the narrator John Dowell says that, just prior to his suicide, Edward Ashburnham looks up to the roof of the stable, ‘as if he were looking to Heaven, and whispered something that I did not catch.’ In the manuscript and typescript, as Martin Stannard’s edition records, the word ‘Heaven’ was followed by ‘and he remarked: “Girl, I will wait for you there.”’[3] You can see why Ford might have decided to change that.

In Penelope Fitzgerald’s The Beginning of Spring, at the moment to which the title refers, the opening of windows marks the season’s change: ‘Throughout the winter the house had been deaf, turned inwards, able to listen only to itself. Now the sounds of Moscow broke in, the bells and voices, the cabs and taxis which had gone by all winter unheard like ghosts of themselves, and with the noise came the spring wind, fresher than it felt in the street, blowing in uninterrupted from the northern regions where the frost still lay.’[4]

Detailing a visit to Alec Vidler, priest, theologian and Mayor of Rye, who was helping with the research for her family biography, The Knox Brothers, Fitzgerald wrote in a letter to her younger daughter Maria: ‘Later came a surrealist tea-party with 3 people who’d come for the week-end (a trendy cleric, his dull wife, a long-skirted daughter, going up to read English at Hertford, who evidently hadn’t wanted to come, and Henry James’s manservant (still living in Rye, but with a deaf-aid which had to be plugged into the skirting) who couldn’t really bear to sit down and have tea, but kept springing up and trying to wait on people, with the result that he tripped over the cable ­and contributing in a loud, shrill voice remarks like “Mr Henry was a heavy man – nearly 16 stone – it was a job for him to push his bicycle uphill” – in the middle of all the other conversation wh: he couldn’t hear.’[5]

Unlike countless others less fortunate I believe my condition really is temporary. If I can avoid seeking professional help in this plague time, I shall: the ear drops and the bulb syringe are standing by, as is a large dose of optimism – or, perhaps, desperation. Apart from not being able to hear conversation or birdsong, I’m a little oppressed by what I can hear – me, basically. My breathing, my body. Just a little too intimate. I recall the words of Brother Patrick Duffy, of Georgia, recorded by William Least Heat-Moon. ‘When I go quiet I stop hearing myself and start hearing the world outside me. Then I hear something very great.’[6]