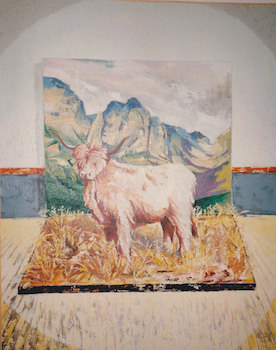 ‘In a time of coronavirus, small mistakes can have outsize consequences.’
https://www.theguardian.com/world/2020/mar/07/coronavirus-a-disease-that-thrives-on-human-error

On 4 March 1956, Eudora Welty wrote to William Maxwell about the play of her novel The Ponder Heart (the letter begins, promisingly: ‘I’ve missed you from the time I got on the train with the carrots’). Maxwell and his wife Emmy had joined Welty for the opening night’s festivities in February. She admired the acting, though commenting that ‘[t]he lines still don’t connect with the story, to me’. She closed her letter: ‘Of course I realize now what was wrong with the whole project of the play, having someone else writing it for me (not particularly that one, any play). That’s nothing for a middleman to do, and no wonder it stood all our hair on end. All things that matter in this life are first-hand and direct and person-to-person. Our mistakes had better belong to us.’[1]

Reading that last sentence, it struck me—not for the first time—that one of the most noticeable features of the last decade or two has been the absolute mania for avoiding blame or taking responsibility, for covering backs and always having scapegoats handy. Companies, institutions of all kinds, right up to the highest levels of government: nobody there ever does anything wrong, never makes a mistake, nothing is ever their fault—it was always someone else: him, her, them, those scroungers, those stirrers, those paupers, those immigrants, those others.

Mistake. To take wrongly. Unsurprisingly, it can seem harder to identify such errors in our own lives than in those of others, or the wider world, and may require the long retrospective view. ‘When I was young’, Penelope Fitzgerald wrote, ‘I took my father and my three uncles for granted, and it never occurred to me that everyone else wasn’t like them. Later on I found that this was a mistake, but after all these years I’ve never quite managed to adapt myself to it. I suppose they were unusual, but I still think that they were right, and in so far as the world disagrees with them, I disagree with the world.’

And elsewhere: ‘“It is the death of the spirit we must fear” is Carr’s epigraph, this time for The Harpole Report. The death of the spirit is to lose confidence in one’s own independence and to do only what we are expected to do. At the same time, it is a mistake to expect anything specific from life. Life will not conform.’[2]

Yes, life is a stubborn and uncooperative beast sometimes. Cesare Pavese didn’t conform either, even in the mistakes he made, as Natalia Ginzburg recalled: ‘Pavese committed errors more dangerous than ours. Because our mistakes were caused by impulse, rashness, stupidity and naïvety, whereas Pavese’s mistakes arose from prudence, shrewdness, calculation and intelligence. Nothing is more dangerous than errors of this kind. They can be fatal, as indeed they were for him, because from the path on to which one strays out of shrewdness it is difficult to turn back.’[3]

Hugh Kenner argued that ‘Dante’s coda to the Odyssey was made possible by his not having read it; he was able to suppose therefore that Odysseus was driven by lust for knowledge’, before asking: ‘Is the life of the mind a history of interesting mistakes?’ He added then, since he was discussing Ernest Fenollosa and Ezra Pound’s use of Fenollosa’s studies, ‘More pertinently: is the surest way to a fructive western idea the misunderstanding of an eastern one?’[4]

Well. Surely the point at which to nod to Miroslav Holub:

Some mistakes are now mistakes
others are still virtues.[5]

[1] Suzanne Marrs, editor, What There Is to Say, We Have Said: The Correspondence of Eudora Welty and William Maxwell (Boston: Houghton Mifflin Harcourt, 2011), 93, 95.

[2] Penelope Fitzgerald, ‘Curriculum Vitae’ and ‘Precious Moments Gone’ (introduction to the Penguin edition of J. L. Carr’s A Month in the Country’), both in A House of Air: Selected Writings, edited by Terence Dooley with Mandy Kirkby and Chris Carduff (London: Harper Perennial, 2005), 469, 386.