(Chimborazo, Ecuador, via The Guardian)

In July 1919, Robert Graves wrote to Edmund Blunden, having been shown some of his published work by Siegfried Sassoon. Did Blunden have anything to offer for the Owl, the quarterly Graves was co-editing with W. J. Turner? Turner was the Australian-born poet and critic, best-remembered now, perhaps, for his poem ‘Romance’ (it begins: ‘When I was but thirteen or so/ I went into a golden land,/ Chimborazo, Cotopaxi/ Took me by the hand’).

Blunden sent several poems which Graves then forwarded to Turner to look at. ‘“Pan Grown Old” is my favourite’, Graves commented. ‘May I presume for a moment? Titles aren’t your strong suit. All this Pan business is played out anyway. Why not call it “A Country God” and remove that rather Unenglish “complex” from the reader’s eye?’[1]

‘All this Pan business’ had certainly been a significant cultural feature of the period before the First World War, in the work of E. M. Forster, D. H. Lawrence, Arthur Machen, Saki, Edgar Jepson, and in Kenneth Grahame’s The Wind in the Willows, among others.[2] Blunden accepted the suggested change of title. The revised version of the poem published in the Owl was included in The Waggoner and other poems (1920). It begins:

When groping farms are lanterned up
And stolchy ploughlands hid in grief,
And glimmering byroads catch the drop
That weeps from sprawling twig and leaf,
And heavy-hearted spins the wind
Among the tattered flags of Mirth,—
Then who but I flit to and fro,
With shuddering speech, with mope and mow,
And glass the eyes of Earth?[3] 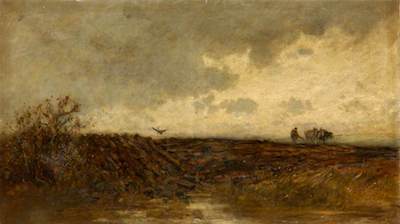 My eye is caught by ‘mope and mow’ mainly because it’s not ‘mop and mow’—Brewer’s Dictionary of Phrase and Fable has ‘grimaces’, with a sidelong glance at the Dutch moppen, ‘to pout’—familiar to me from Ford Madox Ford’s books. ‘Mopping and mowing’ crops up in Violet Hunt’s The Last Ditch and a couple of times in Virginia Woolf’s Between the Acts. It occurs twice in Charlotte Bronte’s Villette too, and the note in my Oxford World’s Classics edition points to Shakespeare’s King Lear, though there (IV, i) it’s ‘mocking and mowing’ – as it is in Blunden’s ‘De Bello Germanico’.[4] Ford, and probably Violet Hunt, most likely took it from Christina Rossetti’s Goblin Market—‘Puffing and blowing,/ Chuckling, clapping, crowing,/ Clucking and gobbling,/ Mopping and mowing’—Rossetti being the nineteenth-century poet whom Ford most admired.[5] 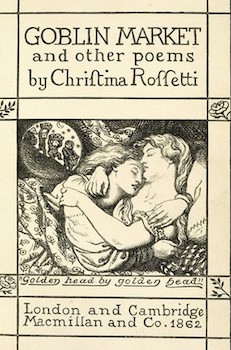 My other eye is fixed on ‘stolchy’. In a remarkably detailed compendium of notes on The Lyttelton Hart-Davis Letters, George Lyttelton is quoted (1 March 1956) as having mentioned that the Oxford English Dictionary didn’t know about ‘stolchy’. Lyttelton copied the opening lines of Blunden’s poem into his commonplace book.
https://lyttelton-hart-davis.site123.me/

Elsewhere, a discussion of W. H. Auden’s habit of roaming through the OED for material has an example: “‘A Bad Night”, subtitled “A Lexical Exercise”, is an obvious example of a dictionary-inspired poem. It is crammed with words lifted from OED which, out of context, are virtually unintelligible: hirple, blouts, pirries, stolchy, glunch, sloomy, snudge, snoachy, scaddle etc.’
https://oed.hertford.ox.ac.uk/literary-sources/writers-and-dictionaries/auden-and-the-oed/

So ‘stolchy’ is there now, in the constantly-updated Oxford English Dictionary? I go online and look. Joseph Wright’s English Dialect Dictionary has it as a verb, ‘to tread down, trample, to walk in the dirt’; and a 1772 manual of husbandry, Ellis’s Practical Agriculture, Volume II, has the adjective. But no, it isn’t in the OED. Still, Wright, whose six-volume work appeared between 1898 and 1905, already has it as ‘obsolete’ then.

Robert Bridges—then Poet Laureate and, famously, editor of the poems of Gerard Manley Hopkins—in a 1921 tract for the Society of Pure English, The Dialectical Words in Blunden’s Poems, remarked: ‘“Stolchy” is so good a word that it does not need a dictionary.’ Perhaps, to the modern ear, it’s close enough to ‘squelchy’ not to require further explanation but Blunden evidently felt that it had a quite specific application: perhaps ground not only wet but trodden down, usually by cattle, then subjected to still more rain. On the way back from seeing Armando Iannucci’s The Personal History of David Copperfield, the ground in the park was, hmm, stolchy; and there was, too, a bit in the film about dialect, usually humorous, and mainly in the mouth of James Steerforth.

Dialect—variations in speech peculiar to place or social group—is not archaism—language fallen out of current use—though the one can become the other. Ezra Pound remembered that, ‘when I was just trying to find and use modern speech, old Bridges carefully went through Personae and Exultations and commended every archaism (to my horror), exclaiming “We’ll git ’em all back; we’ll git ’em all back.”’[6]

He is there again in the Pisan Cantos:

Pound’s attitude towards such words, and those who used them, tended to fluctuate. Against his praise of Gabriele D’Annunzio, one might set Ford’s comments, as he traced what he saw as the decline of English poetry (while ‘what is wanted of a poet is that he should express his own thoughts in the language of his own time’): ‘The other day I was listening to an excellent Italian conférencier who assured an impressed audience that Signor D’Annunzio is the greatest Italian stylist there has ever been, since in his last book he has used over 2,017 obsolete words which cannot be understood by a modern Italian without the help of a medieval glossary.’[7]

Let’s not get them all back.