You don’t need an alarm clock in a pitch-dark Dorset bedroom if you can draw on the services of a cat with breakfast on his mind. Tucked away a little here but fifteen minutes’ walk brings you down to the sea, dead calm early in the week, less so later.

A little under seventy miles across the English Channel is Alderney, in the Bailiwick of Guernsey. The northernmost of the Channel Islands, it was the home from 1946 of T. H. White, author of The Goshawk and The Once and Future King, plus more than twenty other books, even though he died at the age of fifty-seven.

From 3 Connaught Square, Alderney, on 22 November 1950, White wrote to his friend David Garnett: ‘The reason why I am sober is that last Friday the 1st lieutenant of our local submarine threw me out of a window while we were amiably conversing about ju-jitsu. He did not mean any harm, and in fact has done nothing but good, as I fell on my head. It has altered something inside. I was unconscious for hours.’[1]

My Fridays are not like that – though I’m not a total stranger to ‘amiably conversing’. Garnett was a friend of long standing and plays a large part in the biography of White by Sylvia Townsend Warner, also a friend of Garnett. In 1949, a man called Wren Howard of Jonathan Cape visited White and, feeling a bulky object under the settee cushion on which he was sitting, extracted the typescript of The Goshawk, a record of White’s attempt to train a hawk in the mid-1930s. Howard read it, took it back to London and wanted Cape to publish it. White was reluctant; Garnett then read it and agreed that it should be published, whereupon White wrote to Howard: ‘If Bunny Garnett says that the Hawk book is really good, I will consent to publishing. I have not read it since I wrote it, long before the war.’[2]

White and his Hawk book are a major thread running through Helen Macdonald’s H is for Hawk. She refers to the period in which White drafted the book, the collective impulse to recover and draw upon England’s history and domestic culture. ‘It was a movement that celebrated ancient sites and folk traditions. It delighted in Shakespeare and Chaucer, in Druids, in Arthurian legend. It believed that something essential about the nation had been lost and could be returned, if only in the imagination. White, caught up on this conservative, antiquarian mood, walked with his hawk and wrote of ghosts, of starry Orion naked and resplendent in the English sky, of all the imaginary lines men and time had drawn upon the landscape. By the fire, his hawk by his side, he brooded on the fate of nations.’[3] 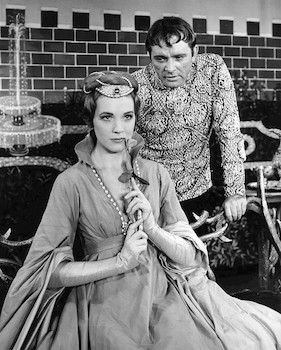 The fate of nations. White’s Arthurian stories reminded me of the Alan Jay Lerner and Frederick Loewe musical based on them, Camelot, directed by Moss Hart and hugely successful on Broadway, starring Richard Burton and Julie Andrews. In turn, ‘Camelot’ became inextricable from the administration of John F. Kennedy, following Jackie Kennedy’s 1963 Life interview, when she quoted lyrics from the Lerner-Loewe production. And today is, of course, the 56th anniversary of Kennedy’s assassination, the day on which Aldous Huxley and C. S. Lewis both died too, though a little overshadowed then by events in Dallas. Just thirty years later, it was Anthony Burgess’s turn (he was born in the same year as Kennedy).

It’s also Saint Cecilia’s Day, she being the patron saint of musicians. On 25 July 1914, in his regular column in Outlook, Ford Madox Ford quoted John Dryden’s ‘Less than a god they said there could not dwell…’[4]
This is from the third stanza of ‘Song for St Cecilia’s Day, 1687’: 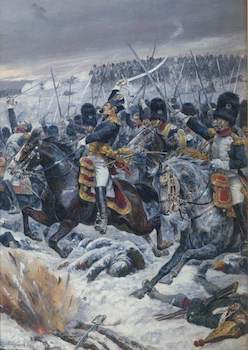 In 1928, Ford would publish a novel called A Little Less Than Gods, about Marshal Ney and Napoleon’s hundred days, its writing intimately involved with the history of the Ford–Joseph Conrad relationship. The Dryden poem is quoted, or rather, slightly misquoted, in Chapter V.[5] In his final book, The March of Literature, Ford quoted the whole stanza and commented that, for him, it was ‘the most pleasurable verse in all English poetry’, adding: ‘It further confirms our argument that English poetry depends upon music and died when music died in England.’[6]

That’s a nice example of the Ford who so admired the ‘sweeping dicta’ of his friend Arthur Marwood, partial model for Christopher Tietjens in Parade’s End. And T. H. White was not immune to the habit, writing in 1950:

‘I believe that the peak of British culture was reached in the latter years of George III: that the rot began to set in with the “Romantics”: that the apparent prosperity of Victoria’s reign was autumnal, not vernal: and that now we are done for.’[7]