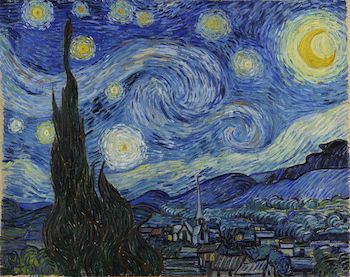 Walking part-way to the station with the Librarian, who’s catching a painfully early train to London, I’m reminded how hard it is to see stars in the night sky now in a city awash with lights: streetlamps, headlights, office buildings, traffic lights and illuminated road signs. There was an occasion, years back, when I lay on my back on the grass of the Downs along with several colleagues, all of us slightly the worse for wear, marvelling at the number and brilliance of visible stars, all making over again the usual discovery that the longer you look the greater the number you can see. Now, just once, on the yellow bridge spanning our tidal river, swiftly running just now, in a brief oasis of relative darkness, I could glimpse a mere handful of stars above me.

‘Goodbye, my dears, and bless you all, and again thank you for your cheering letters, like stars in a dark night’, the poet and composer Ivor Gurney wrote from Park House Camp on Salisbury Plain, where his battalion arrived in February 1916.[1] And elsewhere: ‘Dewy are the stars against their dark cloth/ And infinitely far that star Capella/ That calls to poetry.’[2]

Gurney was a walker, by day and by night, under sun, rain or stars. Sixty years later, Charles Tomlinson wrote:

Driving north, I catch the hillshapes, Gurney,
Whose drops and rises – Cotswold and Malvern
In their cantilena above the plains –
Sustained your melody: your melody sustains
Them, now – Edens that lay
Either side of this interminable roadway.
You would recognize them still, but the lanes
Of lights that fill the lowlands, brim
To the Severn and glow into the heights.
You can regain the gate: the angel with the sword
Illuminates the paths to let you see
That night is never to be restored
To Eden and England spangled in bright chains.[3]

In Ford Madox Ford’s 1933 novel The Rash Act, Henry Martin ‘imagined that it was like that when you are dead. You were motionless in black space. There would of course be great stars. Wherever it was perfectly black the light of the stars pierced the blackness. From the bottom of a deep, dry well in Indiana he had once seen the constellation of Cassiopeia though the sun was torrid above between the well-head and the sky.’[4]

Seven years earlier, Ford had made a similar point, though in a rather different context: ‘Twice he had stood up on a rifleman’s step enforced by a bullybeef case to look over—in the last few minutes. Each time, on stepping down again, he had been struck by that phenomenon: the light seen from the trench seemed if not brighter, then more definite. So, from the bottom of a pit-shaft in broad day you can see the stars.’[5]

Literature and painting seethe with stars: stars for distance, for coldness, for brightness, for fate, for navigation, for glory, for innumerability, deities and signals and portents. Bacchus flung Ariadne’s crown into the heavens where it became the constellation Corona Borealis and Titian paints those brilliant stars above her head.

More than once, I’ve thought of James Joyce’s famous phrase, ‘The heaventree of stars hung with humid nightblue fruit’,[6] as epitomising style – style capitalised or italicised, perhaps even in block capitals. Though I’ve seen this linked to the end of Dante’s Inferno, all three volumes of his Divine Comedy end with ‘stelle’ and both translations I have at home end with ‘stars’: the prose translation by John D. Sinclair and the verse translation, in terza rima, triple rhyme, by Laurence Binyon.

William Blissett recorded of a 1971 conversation that the poet and painter David Jones ‘was staying with Laurence Binyon when he was translating Dante, and one day a letter came from Ezra Pound. Binyon was puzzled, but David could see at a glance that
!!!!!!
meant “jolly good” or “jolly bad”, and
??????
meant “I wonder”. He drew these slowly on a cigarette packet.’[7]

(Harry gazing: star-seekers come in all shapes and sizes)

Stellar: of the stars. I’m sure I’ve quoted before Richard Holmes’ recounting of the poet Thomas Campbell meeting the great astronomer William Herschel in Brighton in 1813, perplexed by Herschel’s saying that many distant stars had probably ceased to exist ‘millions of years ago’, ‘and that looking up into the night sky we were seeing a stellar landscape that was not really there at all. The sky was full of ghosts.’[8] So too in Helen DeWitt’s novel, The Last Samurai, it’s said of George Sorabji: ‘He was obsessed with distance. He had read of stars whose light had left them millions of years ago, and he had read that the light we see may come from stars now dead. He would look up and think that all the stars might now be dead; he thought that they were so far away there would be no way to know.
‘It was as if everything might really already be over.’[9]

Thomas Hardy’s first wife, Emma Lavinia Gifford, in the City of Light on her honeymoon trip in 1874, wrote excitedly in her travel diary: ‘“Place de la Concorde first seen by moonlight! . . . Stars quite put out by Parisian lamps.”’[10]

Nearly forty years later, when she herself was eclipsed, her husband, in one of the remarkable poems of 1912-1913, wrote:

Soon will be growing
Green blades from the mound,
And daisies be showing
Like stars on the ground,
Till she form part of them[11]

Still, it seems that, as well as those dedicated journeys to experience true darkness and to breathe clean air, we must now add one more: expeditions in search of stars.

[1] Stars in a Dark Night: The Letters of Ivor Gurney to the Chapman Family, edited by Anthony Boden (Gloucester: Alan Sutton, 1986), 50.

[7] William Blissett, The Long Conversation: A Memoir of David Jones, (Oxford: Oxford University Press, 1981), 72. Pound corresponded with Binyon over many years and published a complimentary review of his Inferno: ‘Hell’, in Literary Essays of Ezra Pound, edited by T. S. Eliot (London: Faber and Faber, 1960), 201-213.

[8] Richard Holmes. The Age of Wonder: How the Romantic Generation Discovered the Beauty and Terror of Science (London: Harper Collins, 2008), 210.